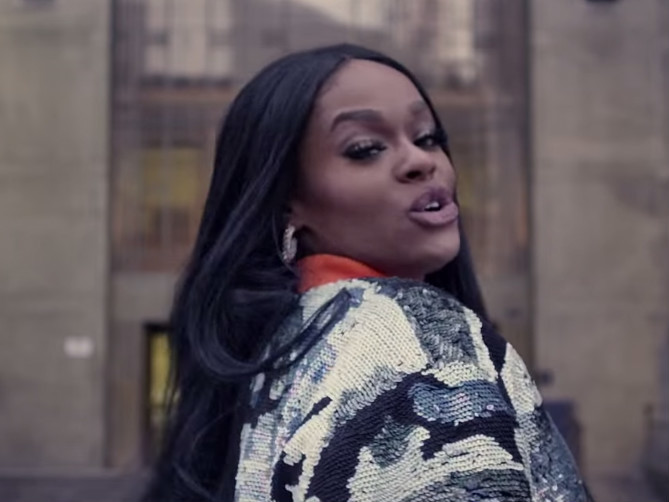 Beverly Hills, CA – Giving up Twitter didn’t stop the drama as Azealia Banks was tossed out of actor Russell Crowe’s hotel room Saturday (October 15), according to TMZ. The New York rapper was kicked out by the Gladiator himself after she reportedly threatened to cut him and his guests at a Beverly Hills party.

Banks, who was the guest of RZA, reportedly mocked Crowe for his music selection and called him and his guests “boring white men.” When a woman at the party defended the actor, Banks went in saying, “You would love it if I broke my glass, stabbed you guys in the throat, and blood would squirt everywhere like some real Tarantino s***.” When she actually started playing with her glass, Crowe made his move to grab the Slay-Z rapper and remove her from his hotel room. He then called security to remove her from the premises.

At least four people who were in attendance gave statements about what happened. Several, including RZA, said that she used the n-word during the confrontation.

When Banks told her side of the story, she said that Crowe was the instigator and said he called her the n-word, choked her and spit on her.

But even the Wu-Tang MC says that’s not what went down.