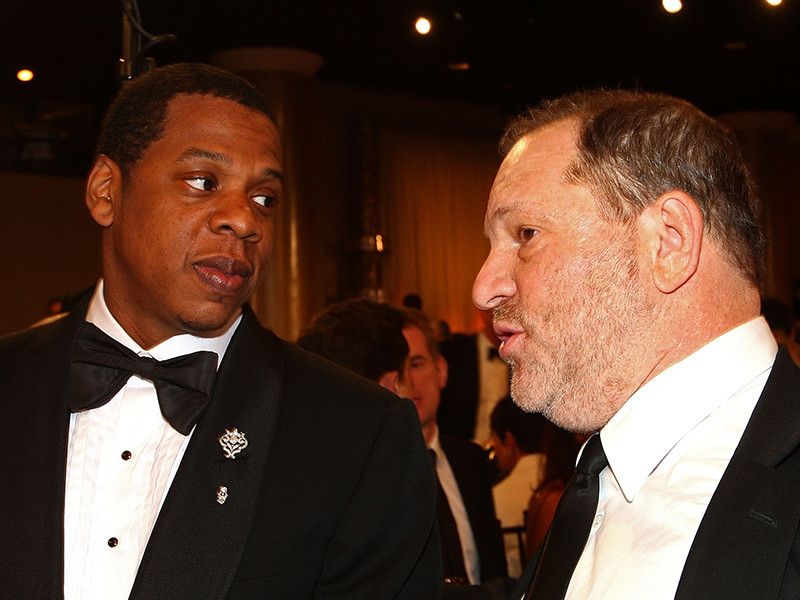 Reports have emerged that JAY-Z is considering buying up disgraced movie executive Harvey Weinstein’s 23% stake in The Weinstein Company.

JAY-Z worked with the company to produce The Kalief Browder Story, and has also been in the process of producing a series about Trayvon Martin. The report from TMZ states that JAY-Z wouldn’t be moving in on the stake alone, and that the buy-in would include “several other investors including a famous movie producer and a billionaire.”

Weinstein was fired from the board of the company he founded last week after an onslaught of sexual abuse allegations made his position untenable.

Many major actresses, such as Gwyneth Paltrow, Angelina Jolie and Cara Delevingne have issued public statements revealing stories of sexual harassment that feature Weinstein. Other actresses have alleged that Weinstein sexually assaulted them.

Weinstein misquoted a JAY-Z lyric in his apology statement when addressing the allegations, writing: “JAY-Z wrote in 4:44, ‘I’m not the man I thought I was and I better be that man for my children.’ The same is true for me.”

The actual lyric, from the album’s title track, is: ““And if my children knew/ I don’t even know what I would do/ If they ain’t look at me the same/ I would prolly die with all the shame.”