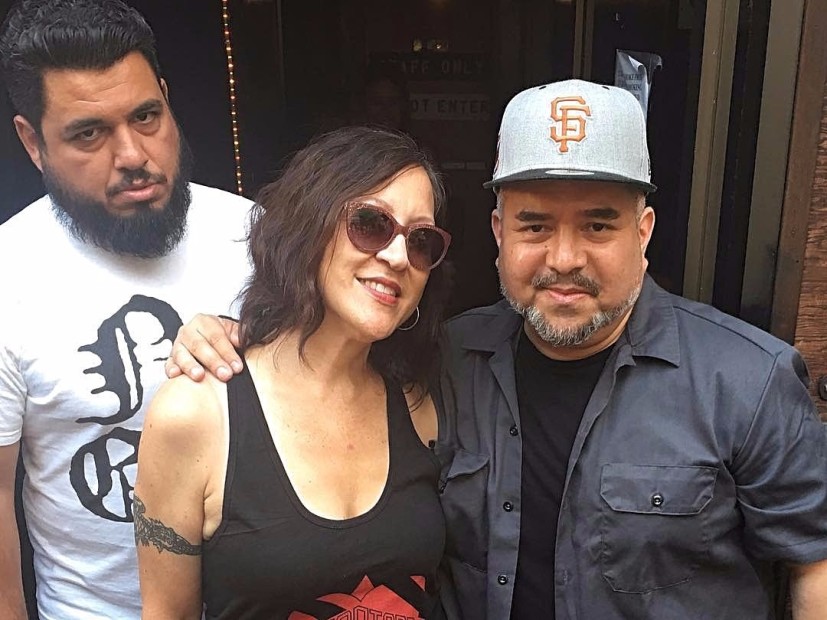 Tributes Pour In For DJ Stef After Unexpected Passing

El-P, Sage Francis, The Beat Junkies’ Rhettmatic, DJ Z-Trip, Lyrics Born, B. Dolan, RJD2, Doomtree’s Sims and more took to Twitter to express their condolences, a testament to her reach in Hip Hop.

Stef was the founder of Vinyl Exchange, a newsletter she started in the ’90s that documented the record collector culture. She also worked as a graphic designer, developer and writer.

No details surrounding her death have been released at this time.

RIP @djstef415. Thank you for always being such pillar in our community. This is heartbreaking news.https://t.co/RC3fTJ45ze

RIP DJ Stef. one of the first people to support our records on the West Coast. you'll be missed.

So sad to hear of DJ Stef’s passing. Thoughts go out to her family & the *countless* people who’ve been connected thanks to her love/support

DAMN. DJ Stef?! Hip hop historian & music head who did so much for the bay. She schooled us at HH Slam & Beatsauce on the regular. RIP

DAMN. DJ Stef?! Hip hop historian & music head who did so much for the bay. She schooled us at HH Slam & Beatsauce on the regular. RIP

Still can't really find words about the loss of @djstef415.
Gonna miss her. A lot.
<3 to everyone whose lives she touched.
Rest easy, O.G. pic.twitter.com/3IVxQlIVrl

RIP to @djstef415
One of the first journalists to have my back & one of the main reasons I moved to the bay. A true comrade to Indy rap pic.twitter.com/eKwo4LYpvV

Im so fvckin heartbroken. RIP #BayArea HipHop pioneer, curator, DJ, & historian @djstef415. We ❤️ U & treasure what Uve done 4 all of us ??

Man, can't believe it… RIP @djstef415 – Bay Area icon and amazing lady on top of that

Heavy heart. @djstef415 you will be missed. You were loved.
Love to her family

R.I.P. @djstef415 , Pioneer, Friend, and Absolute DIAMOND of a human being, all my Love&Strength go out to your family & friends.

RIP to my dear friend @djstef415 a huge loss to anyone that knew her. I'll cherish all the memories. ❤️️❤️️❤️️❤️️