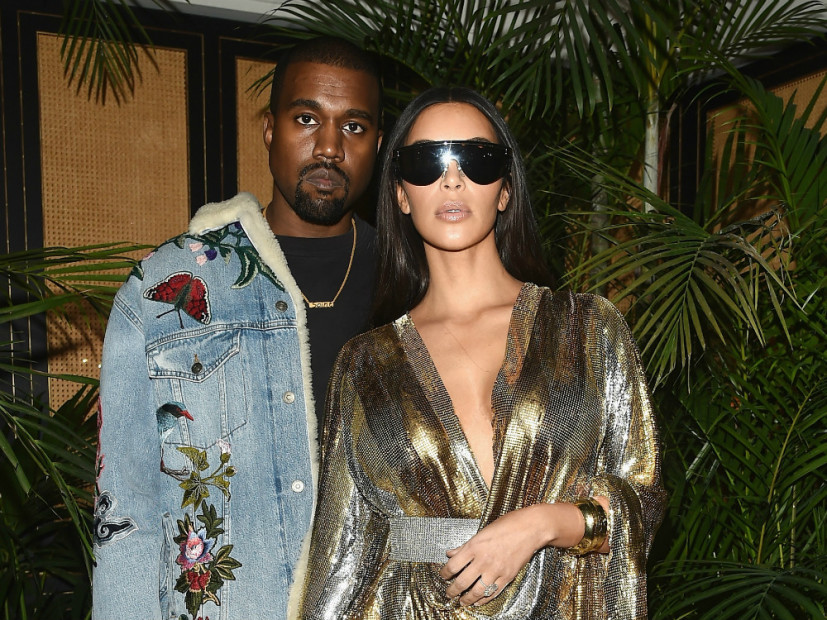 Kanye West and wife Kim Kardashian were in the Big Apple over the weekend for New York City Fashion Week. On Friday (September 8), E! News caught up with the reality television queen to addresses recent reports she and West were having a baby via surrogate.

While she didn’t emphatically deny it, the 36-year-old mother of two also didn’t affirm it.

“I’ve definitely seen a lot of things; we’ve never confirmed anything,” Kardashian told E! News. “I think when we’re ready to talk about it, we will, and I think it’s super invasive when people are just … so many details out there, and like I’ve never heard this, I’ve never heard this. Like whatever. We have not confirmed it, and that’s that. I’ll let you know when we’re ready.”

West and Kardashian are already parents to North, 4, and Saint, 21 months.

Kanye West and Kim Kardashian’s third child is expected in late January 2018, and according to TMZ, it’s a girl. The baby, who is being delivered via surrogate, will be the little sister to North, 4, and Saint, 21 months.

West and Kardashian hired the surrogate earlier this year after doctors warned Kardashian carrying a third child could be potentially life-threatening due to her medical condition — placenta accreta.

The surrogate is reportedly a married woman in her 20s and mother to two young boys.

Kanye West and Kim Kardashian are expecting their third child at the end of January, according to TMZ. Due to Kardashian’s medical condition — placenta accreta — the couple hired a surrogate to carry the baby.

Doctors told the reality show mogul carrying a third child could be potentially life-threatening. Her second pregnancy was riddled with complications. They were reportedly similar to the ones she faced while delivering her first child in 2013.

West and Kardashian reportedly paid the woman $45,000 for the job, and she was told she can’t drink, smoke, do drugs, go in hot tubs, eat raw fish or dye her hair.