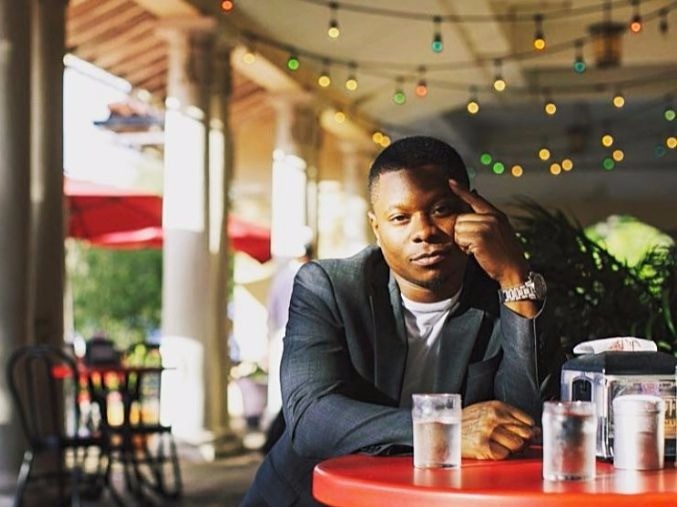 A week after Straight Outta Compton actor Richard Taylor (who played Suge Knight) was arrested for an alleged felony assault, his co-star Jason Mitchell, who played Eazy-E in the history-making film, has found himself in trouble of his own. Mitchell had an intense meltdown on a Delta Airlines flight prior to takeoff after he caught a first-class passenger eavesdropping on his phone call. He was initially upset he had to sit in economy despite having a first-class ticket for a previous flight that he’d missed. He was reportedly flying stand-by for the later flight.

“Am I talking to you?” Mitchell said in a video obtained by TMZ. “Fucking racist … shut the fuck up, how ’bout that? I paid for a first-class seat and I don’t want to sit here … I’ll bat the fuck out you unless you sitting next to children or anything else.”

As the flight attendant approached, he refused to move and said, “Fuck these people” before going off on the passenger again.

After a brief moment of respite, Mitchell put his headphones on and promised to calm down, but lost it again after the crew announced that everyone would have to exit the plane.

“Why the fuck you doing that to everybody else?” he asked. “Man fuck that. No, I ain’t getting off shit. Man, fuck all that. Get off the phone. This is pussy-ass shit you’re doing. Man, I’m so sorry. You know what? I paid my money. I’m supposed to be right here. I got shit to do tomorrow. Y’all don’t understand.”

Police eventually arrived on the scene, but Delta refused to press charges.

Watch his epic meltdowns above.