Joey Bada$$ Jokes About Being "Legally Blind" After Eclipse 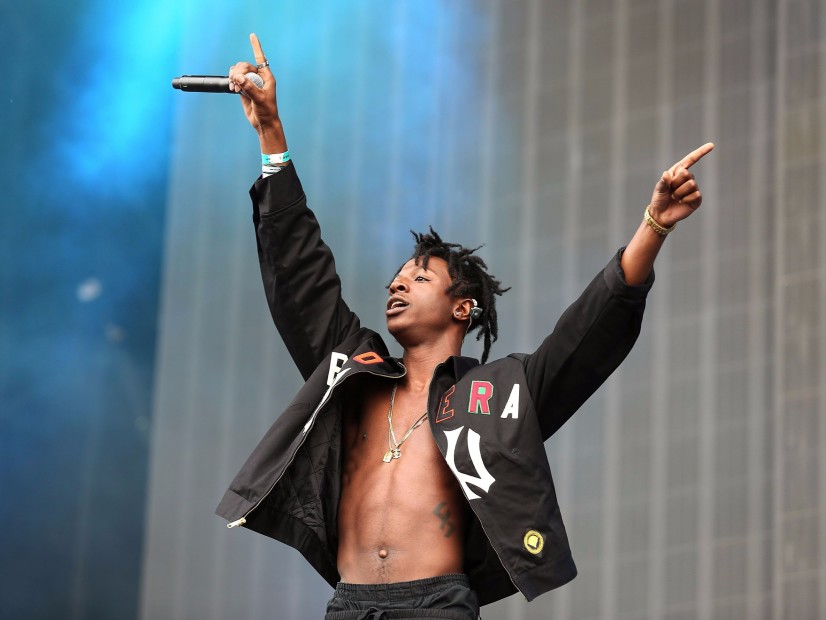 Brooklyn’s Joey Bada$$ took to Twitter to address the rumors he fried his eyeballs after looking at Monday’s (August 21) solar eclipse.

He mused on social media earlier this week about gazing at the sun without any protective eyewear and shortly after, canceled three concerts due to “unforeseen circumstances.” No specific reason was given for the cancellations, leading many fans and media outlets to wonder about the correlation.

“Yo yo what up world, it’s Joey Bada$$,” he begins in the video. “There’s a lot of rumors and allegations going on about me — a lot of people confused, a lot of people are worried, hitting my phone. I just wanted to come on here and address the situation. Yup, haha joke’s on me. It is true. I can now see the future. In fact, I am now legally blind … to the bullshit … to the bullshit.”

On Thursday (August 24), the Pro Era vet posted an Instagram photo wearing black sunglasses with multi-colored lenses and claimed it was his doctor’s orders. “Doc said I gotta keep these on in the daytime now…. a lil annoying but they’re pretty fire,” he wrote in the caption.

Doc said I gotta keep these on in the daytime now…. a lil annoying but they're pretty fire

But a day after the eclipse, he uploaded an Instagram photo of him wearing what looks like special eclipse viewing glasses. It’s unclear if Joey is simply clowning everyone or if his eyes are actually damaged.

According to the American Academy of Ophthalmology, looking directly at an eclipse can cause solar retinopathy and there is “no known beneficial treatment exists for solar retinopathy. Prevention is through education is paramount.”

Whether Joey really needs those glasses remains to be seen (no pun intended).