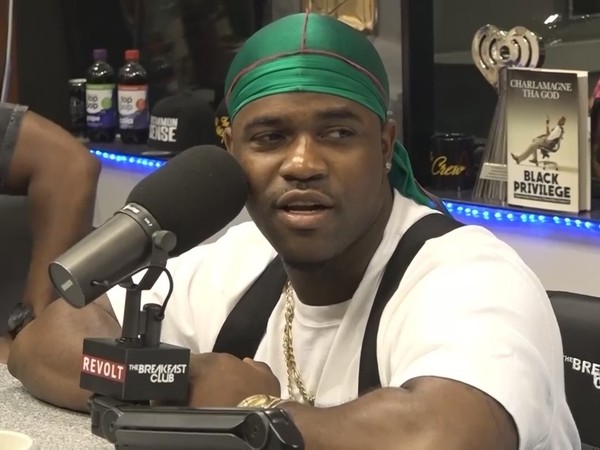 A$AP Ferg appeared on The Breakfast Club on Wednesday (August 23) and addressed the sexual assault allegations facing fellow A$AP Mob member A$AP Bari. The VLONE designer was caught on video harassing a nude woman for allegedly sleeping with his assistant.

After the video surfaced, Ferg, Playboi Carti and A$AP Rocky publicly called him out but didn’t completely distance themselves from the controversial figure, which led to much speculation about Bari’s status. Ferg cleared up the situation and confirmed Bari is still part of the team.

“We had to kind of sit him down for a second,” the Trap Lord artist explained. “We don’t condone that kind of behavior. Everybody is familiar with what happened. The allegations — It’s fucked up. It’s a fucked up thing and I don’t condone that kind of shit. I was raised by a bunch of females, my moms and everything like that, and I wouldn’t want to see that happen with anybody from my household.”

When asked about his thoughts on Rocky calling Bari a “bitch” during a show, Ferg believes it was well deserved, calling the actions “a bitch move.” He also expressed frustration with a lesser-known member tainting the reputation of the entire Mob.

“He’s not the known face,” Ferg added. “It’s me, Rocky, it’s Twelvyy. We are all the rappers and whenever they showed that video or spoke about it on YouTube, it was like ‘Shabba Ranks‘ b-roll in the back of my video and it’s like damn, I ain’t have nothing to do with that shit. I’m on tour, making music, but what happens is you’re just guilty by association.”

Watch Ferg’s full interview with The Breakfast Club above. The Bari discussion begins at the 7:14 mark.