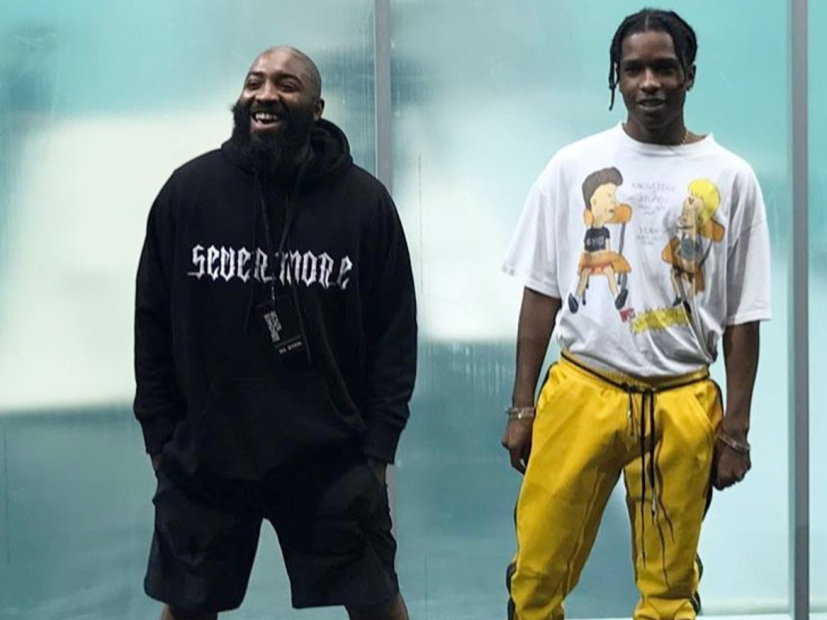 Long Beach, CA – A$AP Rocky reportedly fired shots at A$AP Bari — co-founder of the A$AP Mob — at the Agenda Festival in Long Beach, California over the weekend. Despite multiple videos of the event, it’s still difficult to determine if he, in fact, calls out Bari, but the general consensus seems to be that he did.

Last week, Bari found himself facing serious sexual assault allegations after a leaked video hit the internet of him smacking a naked woman’s rear and demanding oral sex. Though Bari released a statement addressing his actions, A$AP Rocky is evidently not having it. During his performance of “Telephone Calls,” he appeared to call the VLONE clothing leader a “bitch.”

The video of Bari first surfaced on an Instagram account registered to @soledout before making its way around the web. In the graphic video, Bari can be heard telling an unidentified woman, “You fucked my assistant, now you’re going to suck my dick.”

As of now, it’s unclear how Bari’s actions will impact the VLONE clothing brand.

Watch footage of Rocky’s set above.