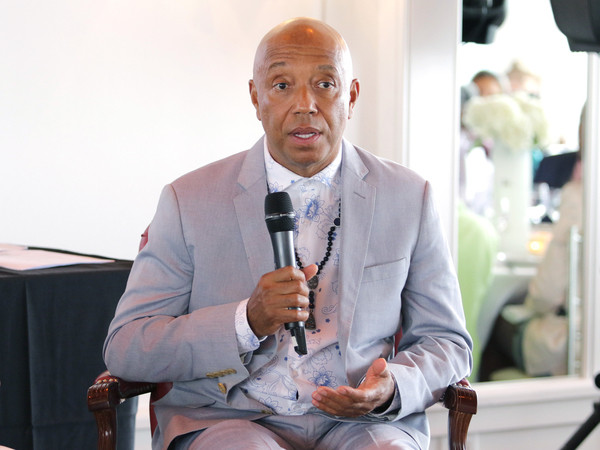 When comedy icon and civil rights activist Dick Gregory passed away this past weekend, it was a reminder that laughter remains a powerful remedy in troubled times. One person who knew Gregory well and who followed in the footsteps of his cause via comedy is Russell Simmons.

Last month, the Hip Hop mogul announced that his company, All Def Digital, is slated to relaunch his legendary stand-up showcase, Def Comedy Jam. Now titled All Def Comedy, the show is scheduled to return in December on its original cable TV home, HBO.

HipHopDX had the opportunity to speak with Simmons about his longstanding friendship with Dick Gregory, the return of Def Comedy and much more.

DX: Dick Gregory’s recent death came at a time when we need people like him more than ever. What is your take on his influence regarding race relations in America?

Russell Simmons: He was a good friend of mine. People were critical of him because he told the truth. He was up against, sometimes, the threat of jail or all kinds of racist things that stopped his career or slowed his career down. But he still stood up and used his voice. He learned that in comedy, you can get away with telling the truth to your oppressor. And that inspired a lot of people to tell the truth.

Comedians before Dick Gregory, if they did anything about race, it was buffoonish. He did it with dignity. He told the truth right to the oppressor’s face. It wasn’t even disguised as a joke. It was a joke, it was funny, but it was hurtful. His stuff, it was impactful. I just think that it changed comedy. It changed it. He was the reason there was a Def Comedy — the people who got the opportunity to get their pain out. It shaped comedy.

Still today, there are comedians who are afraid to tackle race properly. He was courageous. He was one of our great activists and used comedy and art as a vehicle to deliver truth to power. That’s inspiring. So, I’m very sad about his death. I marched with him numerous times. I met him through Minister Louis Farrakhan, who comedians were afraid to talk to at the time. He was inspiring.

#Repost @datwon ・・・ There is so much glory in this short clip by @joyannreid #AMJoy where #DickGregory jokes on #MartinLutherKing about jail time they are to serve for fighting school segregation in Alabama…Gregory, cool as ever, makes King laugh so hard that his shoulders almost shook off his body haha. They had fun with their activism but were still serious about the issues. Phenomenal men for extraordinary times. One of the panelists on the show, #MarkThompson @ministter host of #SiriusXM's "Make It Plain" states his close relationship with Mr. Gregory as one where they talked often, since Thompson's early 20s…he found Mr. Gregory to always speak truth to power and tells the story of when Jack Parr, host of NBC's popular Tonight Show, asked Mr. Gregory to perform on the show Mr. Gregory said no. He told Parr the reason, "You don't let Negros sit on the sofa." And from that Jack Parr changed the policy and Mr. Gregory became the first African-American to sit on the sofa of the Tonight Show. The very show that today boasts an all black band, The Roots, playing whatever music they want…that's because of Mr. Gregory. #RIPDickGregory

Simmons: The reason we’re shooting Def Comedy so closely to its release date, and the reason we’re doing the 25-year anniversary of Def Comedy — I don’t know if we announced that — that’s a huge thing. The reason why we’re doing it in a tight window is because we want the jokes to be current because they’re always packed with social and political power. That’s what’s makes them special. They’re so powerful politically and socially. That’s become the norm for Def Comedy.

If you realize that Martin [Lawrence], Jamie [Foxx], Cedric [The Entertainer], Bernie [Mac], Chris Tucker, Dave Chappelle, Steve Harvey and Katt Williams, all of them say biting shit, right? Do all of them say just jokes? No. They all say biting shit about the condition of the suffering of black people. And the comedians that Hollywood has chosen, they don’t say shit!

The people that I mentioned became successful because they were edgy and told the truth. Hollywood has not given anybody a break since that moment when Def Comedy Jam was big. They’re afraid of what Middle America wants to hear, the truth, but the gatekeepers don’t see it as marketable. It’s not about race and not liking the jokes because in Hollywood they say their progressive but they can’t see that America wants the truth.

They would’ve never signed a JAY-Z with “Ain’t no nigga like the one I’ve got.” They didn’t want it on the soundtrack to Nutty Professor. They would’ve never signed a Drake because he can “make your pussy whistle.” It was up to the gatekeepers. See music can break boundaries with actors and actresses. There are so many black comics who tell the truth who are biting and cutting edge and are only playing the black circuit because the mainstream will not let them in. They can’t see how valuable that social and political commentary is.

DX: For the next couple of years remaining in the Trump administration, do you feel that Def Comedy Jam will be what Black America needs to cope with all this outright racism?

Simmons: I think we need every expression. We need Hip Hop. We need comedy. We need all of our art to reflect our reality. And our reality right now is that we are at risk.