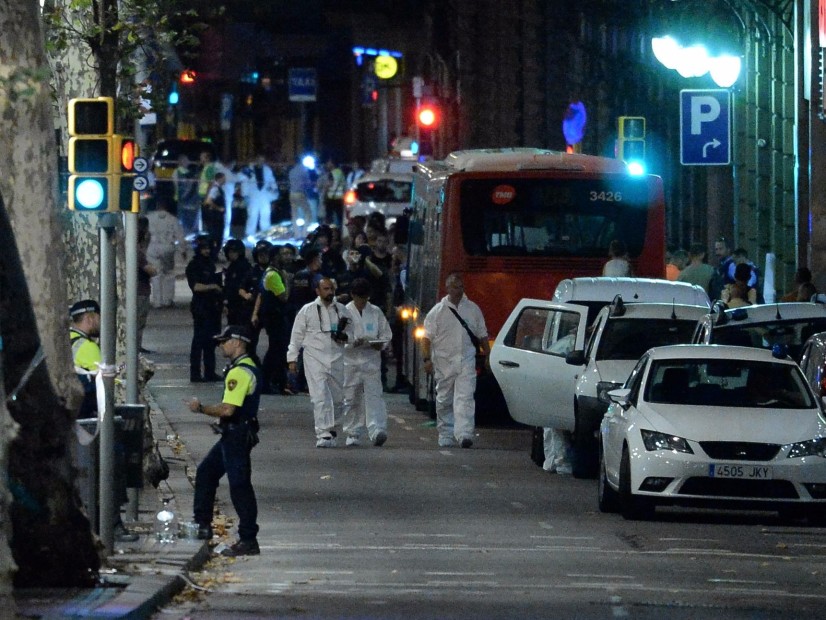 Barcelona, Spain – A white van reportedly plowed into a massive crowd in Barcelona, Spain on Thursday (August 17), killing at least 13 people and injuring dozens more. The BBC has confirmed it was a jihadist attack. Witnesses say the suspects zigzagged at high speed down the Las Ramblas thoroughfare, mowing down pedestrians and leaving bodies in its wake.

One suspect was killed and two others have been arrested, according to The Independent. Meanwhile, over 100 people have been hospitalized in connection to the attack.

Many people in the Hip Hop community have taken to social media to express their reactions to the melee, including Russell Simmons, Lyrics Born, Kid Ink and Talib Kweli.

Former president Barack Obama also posted to Twitter and wrote, “Michelle and I are thinking of the victims and their families in Barcelona. Americans will always stand with our Spanish friends. Un abrozo.” Un abrazo is Spanish for “a hug.”

This latest tragedy comes on the heels of the violence in Charlottesville, Virginia.

Praying 4 the victims & their families in both #SierraLeone & #Barcelona rn. So much trouble in the world.

All my love to Barcelona today. ?

My thoughts are with the people of Barcelona, the victims of this horrific terror attack and their families.

Crazy that Barcelona attack was right outside my hotel & happened right after we left for next city…i couldve smh…my prayers go out…??

Prayers out to #Barcelona ?

Keeping the people of Barcelona in my prayers.

Michelle and I are thinking of the victims and their families in Barcelona. Americans will always stand with our Spanish friends. Un abrazo.

Be careful and stay safe and aware in Barcelona right now https://t.co/yUtNRrXFrP

Sending love & Condolences 2 all The wonderful Ppl of Barcelona.I spent time in your glorious city ,It Was filled with laughter & Beauty?

Standing with and grieving for the people of Barcelona in the wake of this despicable terror attack.

Thinking of everyone in #Barcelona today. Really terrible news❤ pic.twitter.com/Hda5Dym2Q3

The United States condemns the terror attack in Barcelona, Spain, and will do whatever is necessary to help. Be tough & strong, we love you!

Study what General Pershing of the United States did to terrorists when caught. There was no more Radical Islamic Terror for 35 years!