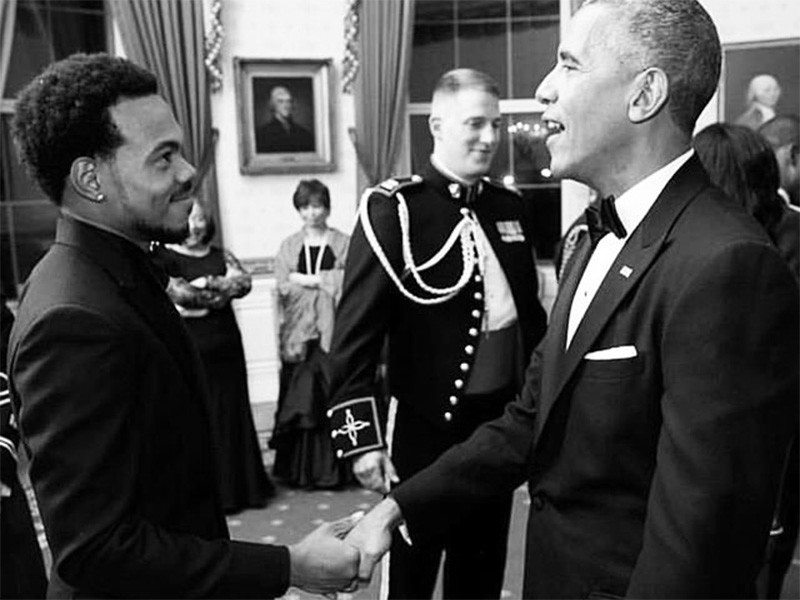 Barack Obama has mainly stayed out of the public eye since his second presidential term came to an end, but he made an exception for Chance The Rapper.

The 44th President of the United States praised Chance in a special video message, which aired on Saturday (August 12) at a free concert in their hometown of Chicago, Illinois. Obama congratulated the Hip Hop superstar on being the Grand Marshal of the Windy City’s annual Bud Billiken parade – the largest African American parade in the U.S. – and praised Lil Chano’s work in the community. He even provided a message of hope to the crowd.

A video of Obama during Chance's concert. Nothing but respect for MY President. pic.twitter.com/T0pb9lZogj

Saturday also prompted a series of Twitter posts by Obama due to the tragic events in Charlottesville, Virginia, where protests of a white nationalist rally turned into a deadly scene. One woman was killed and 19 others were injured when a car crashed into the anti-racist protestors. Obama spoke out by quoting the late Nelson Mandela.

"No one is born hating another person because of the color of his skin or his background or his religion…" pic.twitter.com/InZ58zkoAm

"…For love comes more naturally to the human heart than its opposite." – Nelson Mandela