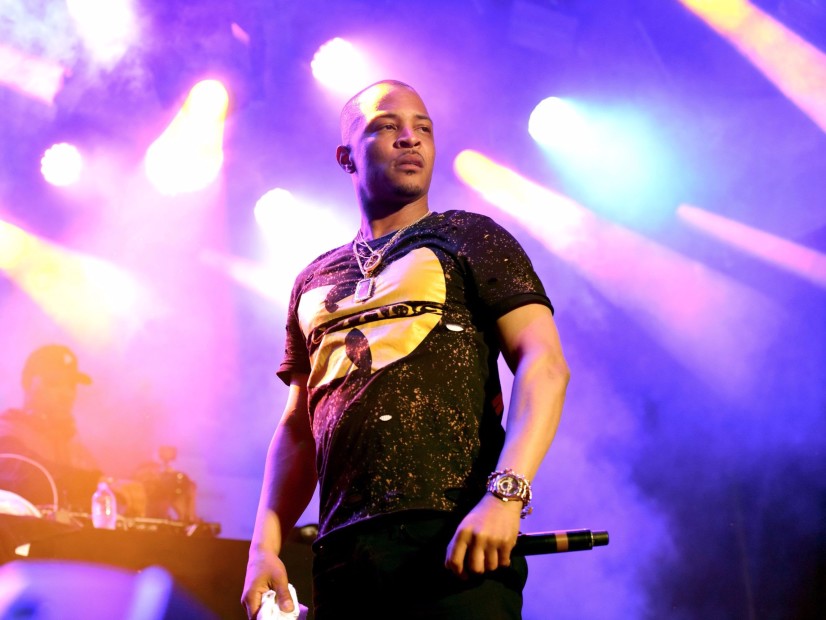 Following the deadly violence that went down in Charlottesville, Virginia during a white supremacist rally over the weekend, Donald Trump has held three press conferences where he first denounced violence “on many sides,” then called racism “evil” while condemning white nationalists, and then went back to blaming “both sides” for the incident a day later.

This has infuriated and disgusted countless people, including T.I., who believes Trump is being ordered around by his white supremacists “homeboys.”

“Exactly what I expect from a sucka,” T.I. told TMZ while boarding a plane at LAX. “Cowards throw rocks and hide their head, so earlier they apply pressure and made him denounce his white supremacist homeboys, his neo-Nazi partners, and after bipartisan pressure, he denounced them, but I’m sure there was a phone call from a David Duke, ‘What the fuck you think you’re doing? This is not what we elected you for.’ Then he had to come back and reverse. Fuck him man, to the fullest. He’s a sucka. Fuck him. Fuck them.

Tip wasn’t the only member of the Hip Hop community speaking out against Trump and condemning white supremacists.

Killer Mike offered his own thoughts on the matter via Instagram while touching on the recent arrest of Takiyah Thompson, the Workers World Party activist who pulled down a Confederate statue in Durham, North Carolina earlier this week.

“Can someone please inform the casino owner masquerading as the United States president that although he’s totally correct in Jefferson and Washington, and many of the other notables and presidents of this country being slave owners, absolutely correct about that — it doesn’t equate to keeping a confederate general statue up because they were an oppositional force to this union.

“I just don’t want to look that fucking stupid to the rest of the world,” he added. “So please stop saying that stupid shit.”

He captioned the video with, “With all due respect Mr. POTUS (and u lame duck muthafuckers that game him the bullshit half ass slaves excuse for the confederate statute support) From your humble constituent. Please watch and swipe. let’s Keep the country Great and never honor an enemy we defeated. That’s weak shit. Salutes, sir. Be well.”

With all due respect Mr. POTUS (and u lame duck muthafuckers that game him the bullshit half ass slaves excuse for the confederate statute support) From your humble constituent. Please watch and swipe. ✊?✊?✊?✊?let's Keep the country Great and never honor an enemy we defeated. That's weak shit. Salutes, sir. Be well. ?? art by: @Atomtheartist

Questlove said, “It’s time to go,” while El-P echoed those sentiments, writing, “Nothing clever left to say. time for this guy to be forced out of office.”

Wtf is an alt-left?? If you helped put this lunatic in office I'm blaming you.

If you're only just now denouncing Trump, I'm not trying to hear it. You JUST realized he's an unfit to lead racist piece of shit? OH OKAY.

Had to take a screenshot of this once I saw the number. That's serendipity.#ImpeachTrump pic.twitter.com/1Fr3nVKXvZ

If 10 guys thinks it's ok to hang with 1 Nazi then they just became 11 Nazis. Alt right / white supremacist it's just nazis. Fuck Nazis.

One of the most transparent lies Trump told today is that he likes to wait for the facts before he makes a statement. Hahahahahaahaha

nothing clever left to say. time for this guy to be forced out of office.

The U.S. elected a sniffling racist bigot into the Oval Office to serve as our President. Fu*kin' got played… Told y'all…

You support Trump. Full throated. You are complicit in this. Know that in your soul. @piersmorgan https://t.co/V0dytm5ySe

Hate has always existed in America. Yes we know that but Donald Trump just made it fashionable again! Statues has nothing to do with us now!

None of this tweet is true. Nazis are disgusting. https://t.co/KOmARudu5Y

America lost the moment we decided we didn't want to listen to Robert De Niro. A real New Yorker. https://t.co/UiXrmMUSIV