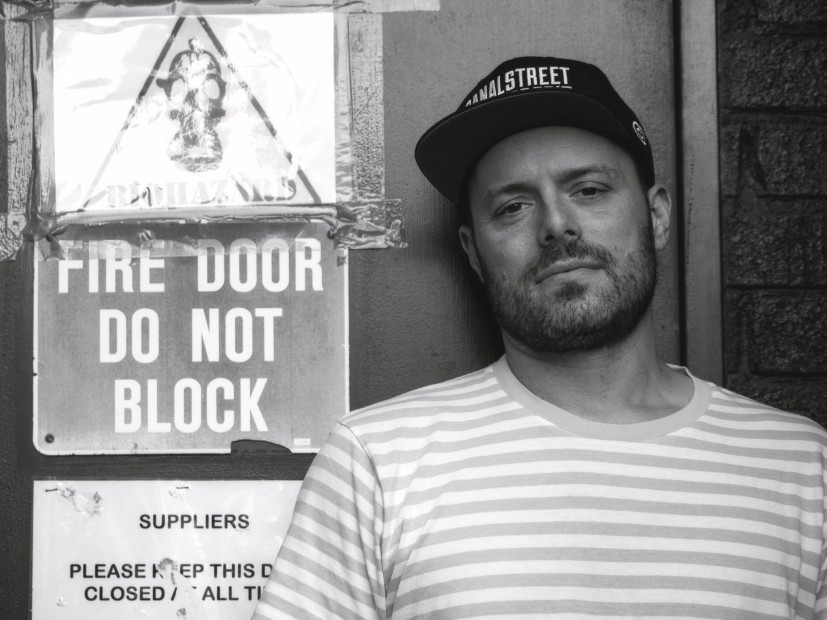 Manhattan, NY – After sharing the first single, “UFOMG,” last month, New York City-based producer Blockhead is back with his new album, Funeral Balloons, a 12-track odyssey into instrumental brilliance. Beginning with “The Chuckles” and culminating with the title track, the album soars with a complex soundscape plush with intricate, well-executed details.

Check out the Funeral Balloons album stream, cover art and tracklist below.

(The original version of the article was published on August 11, 2017 and can be found below.)

Veteran producer Blockhead — known for his work with Aesop Rock — has resurfaced with a taste of his forthcoming album, Funeral Balloons, the follow-up to 2014’s Bells and Whistles. Titled “UFOMG,” the song is a sample of his more eccentric tastes, which he admits made it a bit harder to release as the lead single.

“I had a tough time picking what song to leak first, but I opted to go weird instead of something that might seem more familiar to my fans,” Blockhead tells HipHopDX. “I’ve been playing songs from the new album at shows here and there for the last few months, and I always give the fans an option to pick an upbeat song or a weird one. Without fail, they choose weird. So, hey, gotta give the people what they want, right?

“This song, ‘UFOMG,’ is me trying to tap into more unusual sounds and trying to find melody in things that might not exude that feeling,” he adds. “In fact, I did that a lot on the new album. I’m trying to find a balance between something emotive and beautiful via sounds that weren’t exactly intended to create such an atmosphere.”

Although “UFOMG” is bit of a departure from albums like 2005’s Downtown Science or 2007’s Uncle Tony’s Coloring Book, Funeral Balloons doesn’t stray too far from the kind of instrumental music Blockhead has been making since emerging with his 2004 debut, Music By Cavelight.

The New York native’s evolution as a producer is on full display as he weaves his way through different avenues and sounds, carving out his own lane between the worlds of Hip Hop and electronic music.

Funeral Balloons drops September 8. Pre-order it here (or via Bandcamp and get the song as an instant grat track) and check out the cover art and “UFOMG” above.