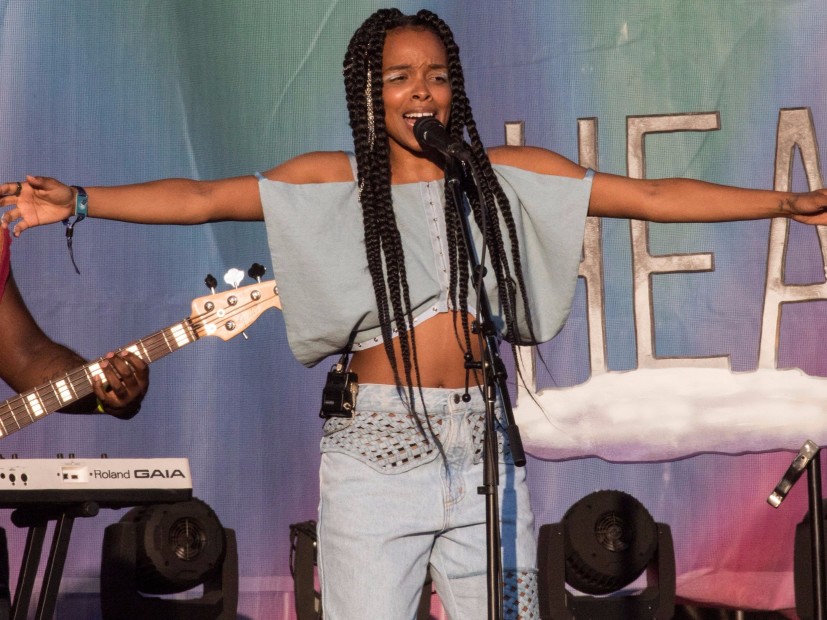 Chi-Town R&B/soul singer Jamila Woods has teamed up with fellow Chicago artist Chance The Rapper for the “LSD” video. The song is taken from her debut album, HEAVN, which dropped via SoundCloud late last year, but was released on all digital platforms on Tuesday (August 15).

The critically acclaimed 20-track album features contributions from artists like Noname, Saba and of course, Lil Chano. Physical copies of HEAVN are scheduled to arrive on October 6.

On the visual side, Woods and Chano asked Chicago Public School students to submit a treatment for the “LSD” video. Prosser Career Academy senior Ashley Huicochea won and got to shadow directors Sam Bailey and Vincent Martell during the shoot.

Woods appeared on “Sunday Candy” alongside Chance from Donnie Trumpet & The Social Experiment’s 2015 album Surf, and then popped up on Macklemore’s “White Privilege II” in 2016, which was included on Mac’s This Unruly Mess I Made.

Check out the album stream, cover art and tracklist below, and “LSD” above.