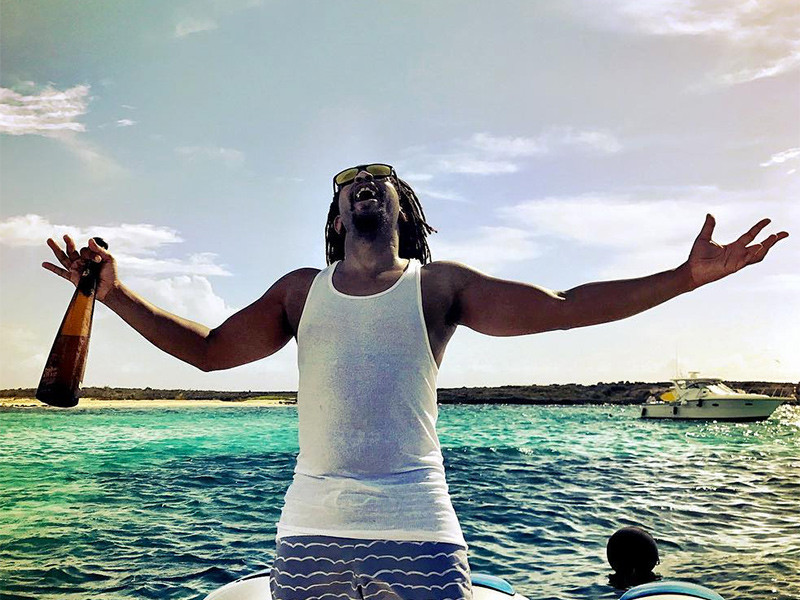 Rooted in the Atlanta rap scene, the Crunk Juice era was one of the more memorable periods in Hip Hop history. From “Crunk Juice” and “Real Nigga Roll Call” to “Lovers And Friends,” Lil Jon & The Eastside Boyz provided the ultimate soundtrack for 2004.

Fast forward to 2017, and the 46-year-old rapper-turned-DJ still has the same love and passion for music. Only this time, his focus is not solely Hip Hop.

On Sunday (August 6), HipHopDX caught up with Lil Jon (real name Jonathon Smith) at the HARD Summer musical festival, moments after Jon unexpectedly hit the stage during Party Favor’s explosive set on the Green Stage. While talking about his newfound passion for EDM, he admits he didn’t see rapping in his future.

“I never thought I was going to be a Hip Hop artist — period,” Lil Jon says. “I was just a young dude from Southwest Atlanta, growing up. Kind of shy. I ended up getting into DJing. And DJing get me into producing. And DJing also get me into working with record companies. I started with So So Def.”

He adds, “You kind of never know where your path is going to take you. You start on this path and then it will just take you in different directions. I’ve always been someone that never put myself in a box. If you look at my resume and production that I’ve done, I’ve worked with all kinds of artists — black, white, Latinos, whatever. So I think I’m one of the few Hip Hop artists it’s not surprising to see that can dabble in EDM. I got a lot of EDM records I’ve done, a lot of EDM/trap records I’ve done.”

#LilJon compares #EDM to #HipHop at #HARDSummer ? What do you guys think?

Although the “Turn Down For What” maestro was unable to pinpoint the exact moment he got into EDM, he quickly draws comparison to his first love — Hip Hop.

“I don’t know when I really fell in love with EDM, but I used to just go check out different DJs,” he says. “The way people were having a good time reminded me of Hip Hop in the early days. I just got off stage, and everybody from the front and back is having a good time. Nobody’s standing around trying to Snapchat. Everyone is genuinely partying and fucking getting lit. That’s what music is about. We supposed to dance. Not put it on social media. We supposed to have fun — not put it on social media. I think that’s what initially made me fall in love with it. Just the energy of the crowd and the people, and just really good music that was being made.”

He continues to defends his case, but admits he’s still cool with social media.

“I don’t have a problem with social media,” he explains. “I just think social media has become a distraction from really having a party. You can go to a club and you see a group of people, they’ll turn up on their Snapchat, and then get right back to just chilling. I don’t get that. We come to the club to party — to have a good time. So I think technology has become a distraction from letting ourselves get loose and have a good time.”

#liljon is certain #jayz's "4:44" is what #hiphop is all about ?? full interview on hiphopdx.com! @liljon

When asked his thoughts on Hov’s new 4:44 album, Lil Jon had nothing but praise.