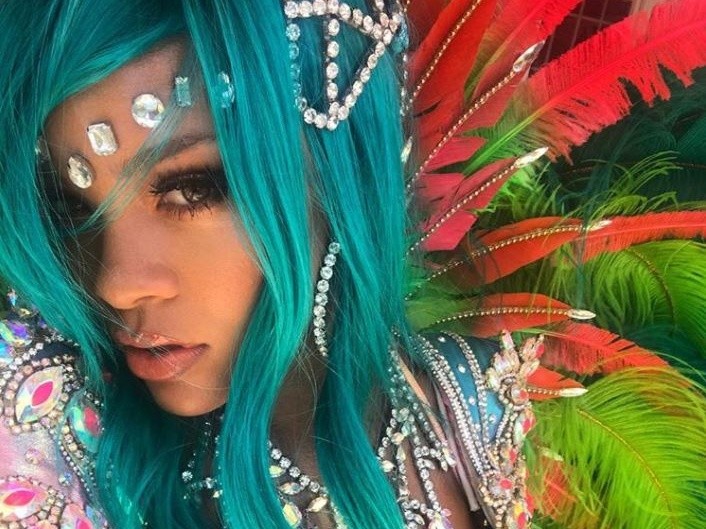 Barbados – When RiRi looks like a snack, the internet is likely to lose its collective mind. After Rihanna posted photos from the Crop Over Festival in Barbados to her personal Instagram account on Monday (August 7), Chris Brown came out of the woodwork, fans offered up nearly four million likes, and the photo was shared and praised by thousands.

One of the more noticeable and possibly notorious comments on Rihanna’s photo came courtesy of her ex-boyfriend Brown, who commented with a pair of eye emojis.

Breezy in the cut.. it's a scary sight.

Writer/director Ava DuVernay and producer Pharrell were among the many who responded to the Barbados native’s sultry photos via social media.

“I don’t think slay is appropriate. It ain’t enough. Need a new word for this all-out forest fire of heat + flames,” DuVernay tweeted.

I don't think slay is appropriate. It ain't enough. Need a new word for this all-out forest fire of heat + flames.https://t.co/H8aCGphi16

Some have even upgraded the singer to a heavenly being and basked in her thickness. This comes after Rihanna was fat shamed for recently gaining weight, which she handled with a Gucci Mane meme. Evidently, she’s proud of who she is.

Rihanna really is a snack, an appetizer, an 8 course meal and dessert all in one pic.twitter.com/bQ52d14sDg

God is a woman and her name is Rihanna

Thick Beyoncé and thick Rihanna all in the same week… I serve an awesome God, do you hear me? pic.twitter.com/3rxj5wuSNx