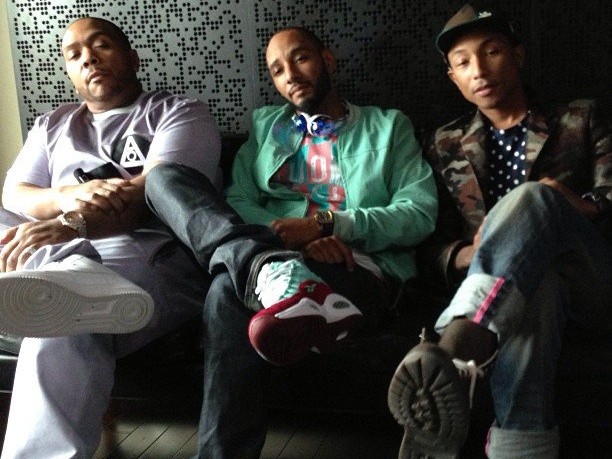 A tweet from Just Blaze, which was sent earlier in the week, has casually caused a mild frenzy in the world of music.

In a tweet sent Tuesday (April 11), the New Jersey beatmaker revealed that fellow producer Timbaland is willing to take part in a beat battle with Pharrell Williams. He also added that the two producers have in fact discussed a potential battle.

“Just got off the phone with @Timbaland. He said he’s down for Tim vs. @Pharrell and they just talked about it. Wooooooo!

Just got off the phone with @Timbaland. He said he's down for Tim vs. @Pharrell and they just talked about it. Wooooooo!

The internet was expectedly swift in its reaction to the news of a beat battle between Pharrell and Timbaland, expressing its joy, anticipation, and shock with a series of memes.

With both musicians hailing from Virginia, Pharrell and Timbaland have each played a vital role in crafting their fair share of monster records.

From Timbaland’s early work with the late Aaliyah to Pharrell’s most recent work on Frank Ocean’s Blonde album, the pair has decades worth of material behind them.

So far, neither Pharrell nor Timbaland has responded publicly to the possibility of a beat battle.

News of this possible battle comes after Swizz Beatz and Just Blaze dueled it out in February in an epic battle that lasted well over two hours.

There has also been some chatter that Southside and Lex Luger would eventually face off too.