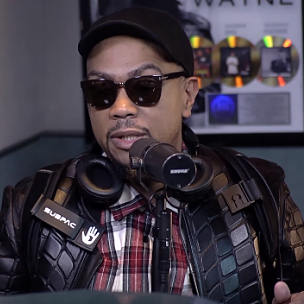 Timbaland On Drake: “He’s The King”

Timbaland asserted his view that Drake is “the King” during a recent interview with HOT 97.

After discussing Kanye West’s ability to create hit, radio-accepted records without the use of a traditional chorus, the famed producer went on to praise Drake for the way in which he uses established methods in a contemporary way.

“That’s why you got to look at homeboy now, he got it – Drake got it,” Timbaland said during the conversation with Ebro Darden and Peter Rosenberg. “He the King. He got it. He doing everything that the people done in the ‘90s, but flipping it in a cooler way. I watch [him] and I say, ‘This dude doing everything. He really studied it. He really studied it and flipped it to this generation.’ People need to pay attention to him. The way he do his business and the way he doing it, it’s on point.”

Timbaland’s recently released King Stays King mixtape received a 3 out of 5 rating from HipHopDX. In his review, writer Marcus Dowling said: “In total, a producer and artists who have lost a bit of the passion that brought them to stardom reside here, which ultimately causes this mixtape to be less than successful. Can a king still be considered a king without a crown?”

Timbaland’s interview with HOT 97, whereby he asserts that Drake is “the king,” can be viewed below: