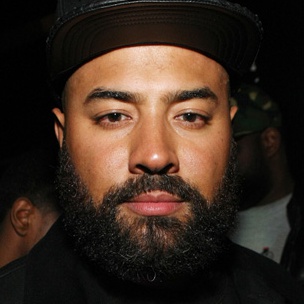 Ebro Remembers His Mother During Broadcast

Hot 97 personality Ebro Darden took time to speak on his mother this week, following her passing on Christmas Eve.

Ebro spoke on the moments his mother appeared on his show on Hot 97, and recalled receiving show material from her the week she passed.

“I was literally on my way to get on the flight and they had called me back and told me they couldn’t revive her…I didn’t really know what to say this morning cause everybody was getting back to work,” Ebro Darden said. “And we share our personal lives a lot. And we’re kind of—Not kind of, we’ve very transparent about everything that goes on…And right before she had passed, she had sent me some show content. Somebody had put up a Craigslist post in Vegas for an escort service. And put up the wrong number. And it was her cell phone number. So, she was getting calls from dudes and peen pics on the Monday before she passed…She was a great woman, very strong.”

Despite the unexpectedness of the passing of his mother, who was 70-years-old at the time of her death, Ebro says she was happy when she passed.

“My mom suffered a lot in her life…My mom was an orphan,” he said. “Her own family put her in an orphanage. She lost her brother who was her best friend when she was young…She had a black son who she couldn’t put up photos of at her job because she felt like people judged her. I think at the end—And you may look at this in your family too. When your parents fight or you fight so hard, and that moment that you get to relax and everything’s good. I feel like my mom had got to that point where she raised two boys, nobody’s in jail. We’re both able to take care of our own families. And I think she just was happy.”

Video of Ebro Darden speaking on his mother, can be found below.