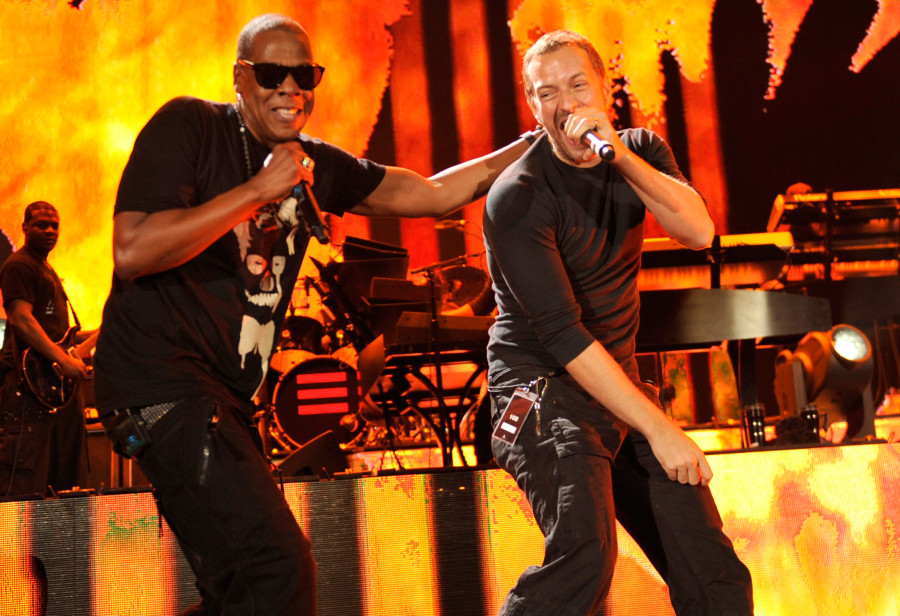 London – JAY-Z has never been afraid to step outside the Hip Hop scene to give props to artists excelling in other genres, something he proved when he collaborated with rock band Linkin Park on the 2004 mash-up album Collision Course.

The latest outsider to receive huge praise from Hov is Coldplay’s lead singer and songwriter, Chris Martin, whom JAY has referred to as a “modern day Shakespeare.”

Speaking to the UK’s Metro News, JAY singled out the man behind hits like “The Scientist,” “Viva La Vida” and “Fix You” for enormous praise.

“In years to come, Britain will look back at him as a modern day Shakespeare,” JAY said of the man from Devon.

“He is an incredible recording artist, an incredible songwriter, but where he really comes alive is performing live. If you get the chance to see Coldplay live, do it — you ain’t gonna regret it.”

“We are good friends — but what I got to say has nothing to do with our friendship. I have been in the industry long enough to know when I’m in the presence of a genius and Chris Martin is just that.”

JAY and Chris have teamed up before, first on Hov’s highly criticized 2006 comeback album, Kingdom Come, before releasing the record “Most Kingz” back in 2010.

Could a new collab be on the cards?