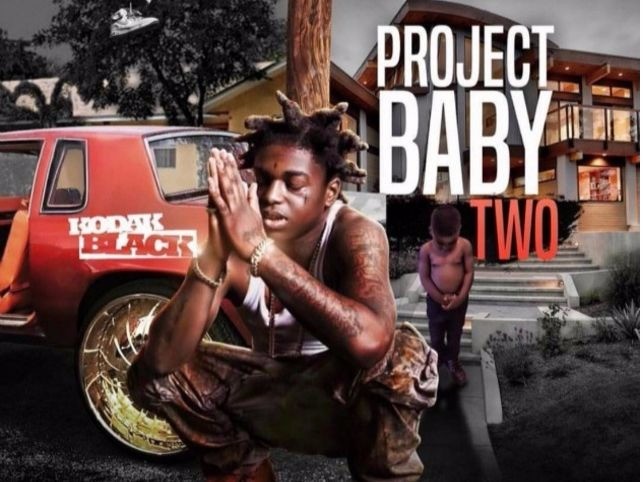 After teasing the cover art for his impending album, Project Baby 2, Kodak Black is back with a taste of his forthcoming LP in the form of “Boost My Ego” featuring Future. As the title suggest, the song revolves around the Pompano Beach, Florida native’s newfound fame and money that comes after.

“#PB2” is in reference to Project Baby 2 and judging by the post, it’s “on the way,” although no official release date has been announced.

He shared another video before the track dropped, once again, confirming the album was coming soon.

“I’m about to drop some shit in about an hour or two,” Kodak said. “‘Project Baby 2’ on the way…just a little teaser real quick.”

The 20-year-old rapper has had a slew of legal troubles over the past year, and only recently got out of jail. Since then, Master P has taken him under his wing, referring to him as “the future.”  Late last month, the No Limit Records CEO invited him to participate in Master P’s Team Hope NOLA Celebrity Basketball Game in New Orleans and on August 14 in Pompano Beach, they plan on giving away school supplies to over 1300 kids.

Kodak is also up for an MTV Video Music Award for Best New Artist.

Check out the social media posts above and “Boost My Ego” below.