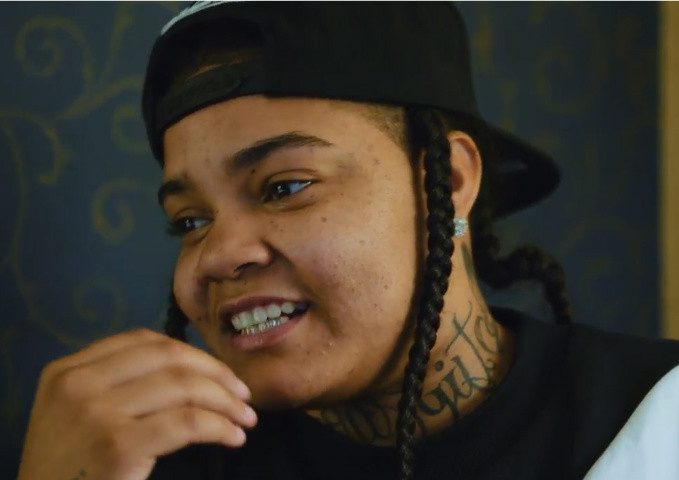 Young M.A Believes There Are Too Many Lil Yachtys and Lil Uzis In Hip Hop

Brooklyn rapper Young M.A recently sat down for an interview with MONTREALITY, where she spoke on the current state of Hip Hop, and the imbalance of traditional lyricists and mumble rappers in the industry. During the 10-minute conversation, she equated the rising popularity of mumble rap with the decline of lyricism.

She goes on to clarify that she doesn’t mean she isn’t a fan of different kinds of rappers. “I can’t never knock nobody,” she said, “but the Lil Yachtys and Lil Uzis are definitely outweighing the game right now.”

Elsewhere in the interview, she discussed the impact of 50 Cent and G-Unit on the New York rap scene. “When he became mainstream, that’s when I first knew who he was,” she said. “From the time he came out, it was like non-stop. He really just took over.”

She later opened up about his impact on her personally. “I loved every bit of it because I was a big fan. It was G-Unit this, G-Unit that. I repped G-Unit to the fullest.”

After a plug for her recent HerStory EP, M.A dropped some words of advice. “Just try to stay on the right track, stay positive, stop following people,” she said. “Just follow your own path, your own lanes. Never allow what people’s opinions or what people say to alternate what you want to do in life.”