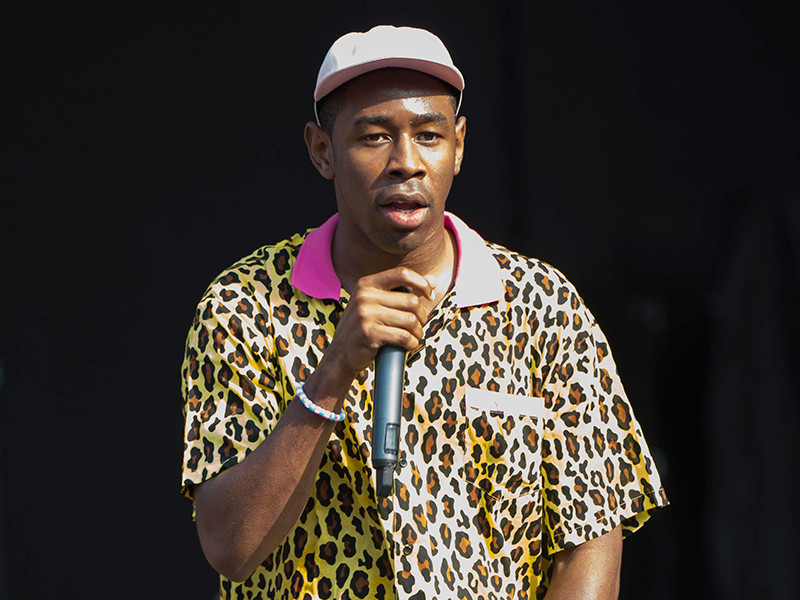 Los Angeles, CA – Tyler The Creator recently stopped by the Beats 1 studio for Zane Lowe’s World Record show, where he chatted about the Flower Boy cut “I Ain’t Got Time,” which he says was inspired by Deee-Lite’s 1990 hit “Groove Is In The Heart.” Before Lowe dropped the single, Tyler detailed some background on the song’s creation, revealing that both Kanye West and Nicki Minaj had passed on the song for different reasons.

“I was at Ye’s while he was working the Life Of Pablo,” Tyler told Lowe. “He went to take a nap … and I was in the studio.”

Tyler and the engineer played with an MPC, coming up with non-sampled elements for the second half of the track by using sounds made with his hands and mouth.

“Ye would sound so much cooler saying ‘I Ain’t Got Time’ than me,” Tyler noted.

Ultimately, after making his way back to the studio — presumably refreshed — Tyler presented the idea to Kanye, who wasn’t feeling it.

“I only wanted to have one verse on the song,” Tyler continued. “I wanted Nicki Minaj on this so fucking bad.”

As he went on to tell Lowe, he got in contact with Nicki, but she couldn’t come up with anything for the instrumental, which Tyler found a little surprising.

“It could open me up to a new audience and it could introduce her to an audience of people who don’t think her shit’s that tight,” he said, before adding that the statement wasn’t intended as shade.

Check out Tyler’s interview with Lowe below.