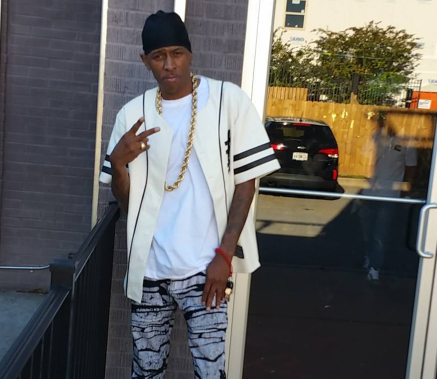 Add MC Shan to the growing list of rappers who aren’t feeling JAY-Z’s “Y’all on the ‘Gram holding money to your ears/ There’s a disconnect, we don’t call that money over here” lyric from the MBA-certified “The Story of O.J.” off his latest album, 4:44.

“I don’t see this game as being a young man’s sport,” the former Juice Crew legend told the Murder Master Music Show as he proceeded to lay down some harsh criticism while admitting he hadn’t even heard the newly minted platinum album.

“I see this game that if there’s not people like me and [Kool G Rap] doing what we do, there’s a whole generation that don’t have shit to listen to — what the fuck? Are we gonna be forced to have to listen to this other stuff that is out here? I don’t think so. There is another slot for us out here don’t be greedy and take it all. I’m not agreeing with … I haven’t heard Jay’s album and I’m not running out to get Jay’s album. From what I hear, he has been saying the same shit that people has been saying for years. If you wanted to tell people to do something, tell them to pull their fuckin’ pants up! Don’t tell them to stop putting money to their ear! That’s what their fans expect from them. That’s their persona. People like them because they’re bold with they shit like that. Let the man put his money to his ear. And instead of throwing shots at muthafuckas, say they fuckin’ name! Say who you talking about. Don’t shade that shit. Don’t be a shady muthafucka! Be that nigga!”

At 51, MC Shan’s complaints weren’t (purely) an old head’s rant against The Power That Be. He currently has a new album out in the form of Bars Over Bullshit, which marks his first return to retail releases in over 27 years. But while the Queensbridge O.G. prophesied he’d make waves for having the audacity to speak out against Hip Hop’s Warren Buffett, there’s no denying there was a tad bit of shade being tossed from his direction. Just after his induction to the Songwriters Hall of Fame last month, Jigga named a slew of rappers who inspired him to land such a distinguished honor. Guess who wasn’t named?

“If you listen to a lot of albums where you take a lot of people’s lyrics and use the shit including my flow, I’m definitely not gonna run out and buy the fuckin’ Blueprint and The F Print or whatever the fuck,” he coldly continued. “Not being a hater. Man made his money — get your money and do what you do — but don’t act like your word is law like you some fuckin’ prophet and shit. Let niggas do what the fuck they do. And if you gonna throw fuckin’ shade, say the nigga’s name so it don’t have to be a mystery — ‘Is he talking about me?’ And I’m probably gonna hear about this shit … ‘Shan Throws Shots At JAY-Z on The Murder Mys…’ — I ain’t throwing shots but it’s just like … c’mon man. If you gonna tell somebody to do something … you telling niggas to buy property and all this shit … niggas ain’t got that kind of money. Niggas ain’t got Malibu Money to go just buy up every-fuckin-thing. Their money is dirty. And the minute they go and try buy that shit up, the Feds is coming to take that shit. So you giving fucked up advice any muthafuckin’ way.”

Future, Takeoff of Migos, Boosie Badazz and Duct Tape Entertainment CEO Big Bank Black are among the notables who have taken exception to the notion holding money up to your ear is for the misguided. No confirmation as of yet if the money is indeed, “dirty.”

Listen to MC Shan’s JAY-Z-bashing interview down below.