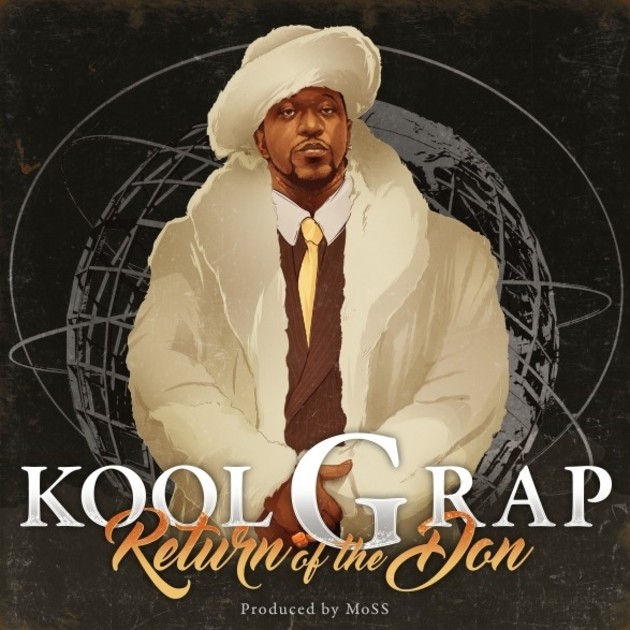 Hip Hop is still too young to properly carve out an atmosphere where its pioneers can create art to service a decent sized audience that will openly receive their efforts. It’s a trendy culture that often reflects in the music itself, particularly depending on what said generation pioneer thrived in. So when a revered lyricist such as Kool G Rap emerges with Return of the Don — his first project in virtually four years — the amount of rap heads eager to hear tales of baggy jeans-wearing East Coast gangsters who pull off jewelry store heists in broad daylight has understandably dwindled. But gauging from the lack of photos capturing a Kool G smile over the years, the gravely voiced narrator still approaches his records with the same rabid intensity for illustrating a city’s criminal underbelly.

Backed exclusively by the scratch-heavy mafioso instrumentals of MoSS — a revered Canadian producer in his own right who has kept the lineage of the likes of DJ Premier and Pete Rock alive over the years — Kool G puts down his patented multi-layered rhyme schemes across the course of 50 minutes. The album doesn’t boast any exceptional moments and if it was ever revealed it was excavated from some Rawkus Records vault, there wouldn’t be much of a headline. That said, the project does put on for the lost art of linear MCing, as the invited participants largely make up a roster of artists who eluded household name status, but not for lack of talent.

Staunch New Yorkers Fred The Godson and AG Da Coroner kick down the blaxploitation sound bed of flutes and Pan-African drums on “Mack Lean” and Kool G showcases that deadly nimble flow of his own on adjacent track “Criminal Outfit” before Noreaga swoops in to outline the war report. Other recognizable features include the late Sean Price, KXNG Crooked and Raekwon (who appears on arguable album winner — the spiraling “Out For That Life”), but the lone solo track in “Times Up” proves the guest-heavy affair reflects a co-sign more than a crutch. He even manages to take a jab at the infamous Superhead book he was unsavory immortalized in several years ago.

Return of the Don will undoubtedly appeal to fans who like their bars robust and beats without the extra layer of bass. The project harkens back to the era where both aforementioned attributes were all it took to be competitive. But there’s no denying the album is light on concepts and execution; most tracks just start and stop like clockwork — three neat 16s and some hooks. “Rest in Peace,” the grand finale powered by Conway The Machine and Westside Gunn, two red-hot upstarts directly from the Kool G bloodline, also just fades into obscurity, leaving the listening experience with a cliffhanger ending. But hey, when you see an OG in public, decked out in the same swag that made him an urban, you simply tip your hat. And that’s the sentiment brought forth with Return of the Don. Thirty years in and still sparking like the diamonds on his four-finger rings.