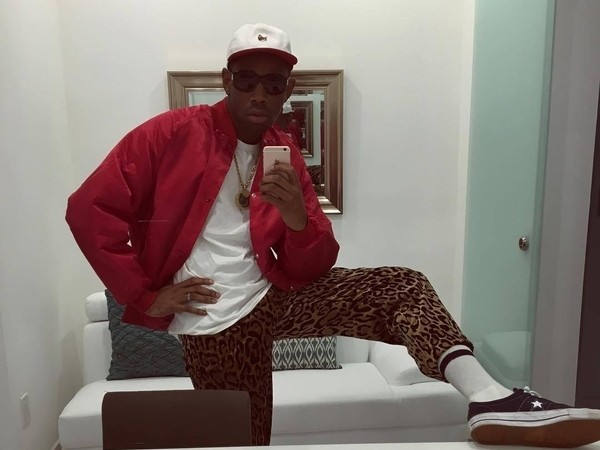 Tyler The Creator Is Doing Something Noteworthy Next Week

Los Angeles, CA – Tyler The Creator has something planned for next week, but so far he isn’t letting on to what it is. The Odd Future founder sparked all types of speculation on Thursday (June 22) when he posted a simple picture on Twitter.

“7 days boy!” the bubble quote in the photo reads, as seen below.

The coy announcement has many fans assuming Tyler intends to release new music. Wolf Haley has been quiet on the music front since the release of his 2015 album Cherry Bomb, so it’s certainly plausible. Fans jumped at the possibility of a new project back in May when a countdown purportedly connected to Tyler popped up online, but the final result was just a troll job. Tyler’s new announcement could also be something like the unveiling of the lineup for his Camp Flog Gnaw Festival, which is scheduled to run from October 28-29 in Los Angeles, California.

Fans should be wary about getting their hopes up over a date though. Earlier this year, Twitter users were freaking out after Kendrick Lamar didn’t release his DAMN. LP on April 7 as they assumed.