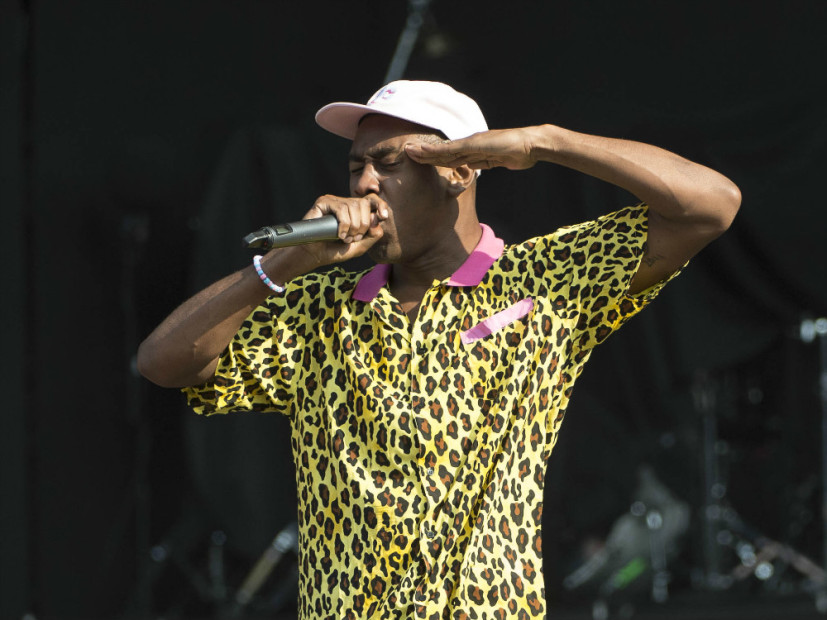 So scumfuckflowerboy.com had nothing to do with Tyler The Creator. At all.

The website turned out to be an animation of Wolverine with his poolstick swaying back and forth and Illuminati triangles floating around.

The streets of Reddit are laughing about the prank, which Tyler had rejected as his own on Twitter. Some speculate that the Cherry Bomb rapper is still the mastermind, using it as a distraction or even joking that this is a new album cover.

The California-based artist was previously the victim of a prank by a Twitter hacker who posted on ABC that the rapper had died.

Even though the website was not promo for a new album, Tyler did not leave his fans without something to get excited for. The Odd Future rapper announced this year’s Camp Flog Gnaw will be held October 28-29 at Exhibition Park in Los Angeles. The lineup announcement is to follow.

It appears that the website scumfuckflowerboy.com might not have anything to do with Tyler The Creator after all.

According to tweets captured by Pitchfork, the rapper and entrepreneur distanced himself from the website that seemed to countdown to an album release tonight (May 4). Tyler says that his fans are “gullible” and that he’s “hot” that he even had to debunk the site. He warns his 3.8 million followers that he is going to delete the posts before actually doing so.

With 17 hours left on the countdown, we will see soon enough what the website actually is.

Check out Tyler The Creator’s tweets claiming scumfuckflowerboy.com is fake below. 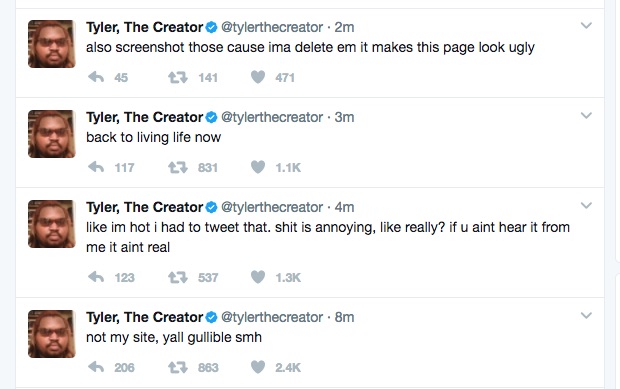 Between music and fashion, Tyler The Creator is a busy man, so it’s unclear what his next move will be. But there appears to be something in the works as a countdown has appeared on scumfuckflowerboy.com.

The words “MAY 2017” appear in bright green against a teal backdrop, but otherwise, details surrounding the website are few. There is a password box and countdown that leads up to 11 p.m. EST on Thursday (May 4).

Of course, we can thank Reddit for the find. Users are going back and forth over whether the release will be an album or a clothing line from Tyler The Creator. Considering that most albums drop Thursday nights (Friday at midnight), an album would be a reasonable guess. As people have scoured through the website’s coding, they’ve found an image that appears to be a tracklist with “SCUMF–K FLOWERBOY” and the date “May 5” written on it.

On his end, Tyler has not commented on social media. His last Instagram post was from 18 weeks ago while his Twitter is flooded with retweets about his work with Bill Nye The Science Guy.