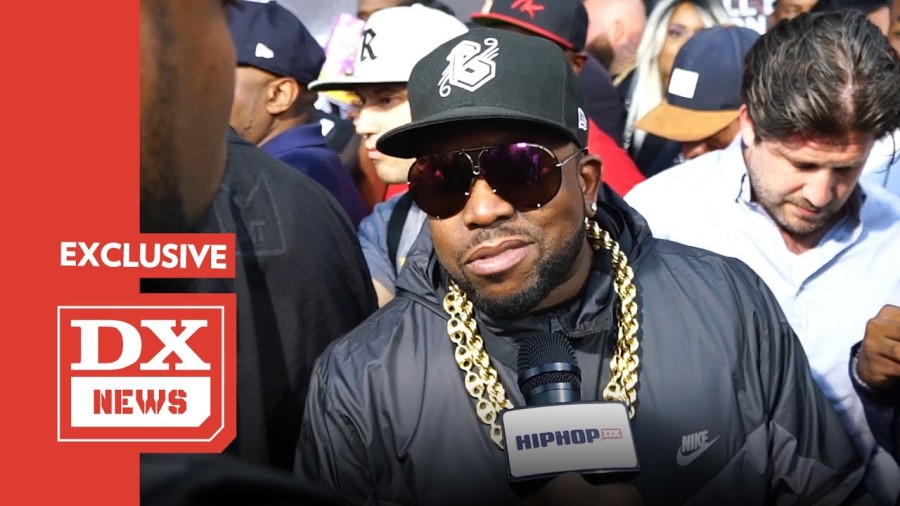 Los Angeles, CA – While rap connoisseurs are presumably celebrating the release of Big Boi’s Boomiverse album, Tupac fans are likely all over the All Eyez On Me biopic as well, which dropped on what would have been Tupac’s 46th birthday, Friday (June 16).

While at the premiere of the Benny Boom-directed film, HipHopDX Editor-In-Chief Trent Clark spoke with the OutKast member on the red-carpet about his experience meeting Pac during a show.

“It was a good feeling, and after that we spoke and were suppose to do some music together,” Big Boi said. “We out here to support him and his legacy tonight. He’s one of the realest dudes I’ve ever met.”

According to Hip Hop lore, Tupac was a huge fan of Outkast. During a 2013 Reddit session, Big Boi talked about the first time he met the late rap legend.

“The first time I met Tupac, we were opening for him in Ohio and he was pulling up to the hotel in a limousine, and he jumped through the partition of his limo and threw the car in park because the driver wouldn’t stop because he wanted to holler at me and Dre,” he recalled. “He almost tore up the transmission in the limo. Real life.”

In 2015, an unearthed handwritten letter dating back to 1996 divulged plans for a One Nation collaborative album that would have featured the iconic Atlanta duo alongside other notables in Hip Hop.

“I’m doing a record now called ONE NATION it’s a group album with me, Greg Nice, Buckshot, Smiff & Wesson, OutKast, The Outlawz, Scarface & E40,” Tupac Shakur wrote in the letter. “It’ll be out in the late summer.”

Daddy Fat Sax also discussed his Boomiverse album, which he said is “all killer and no filler.” His third full-length solo studio album serves as the first since 2012’s Vicious Lies and Dangerous Rumors alongside previously released singles “Mic Jack” and “Kill Jill.” Expect guest appearances from the likes of Adam Levine, Killer Mike and Gucci Mane.