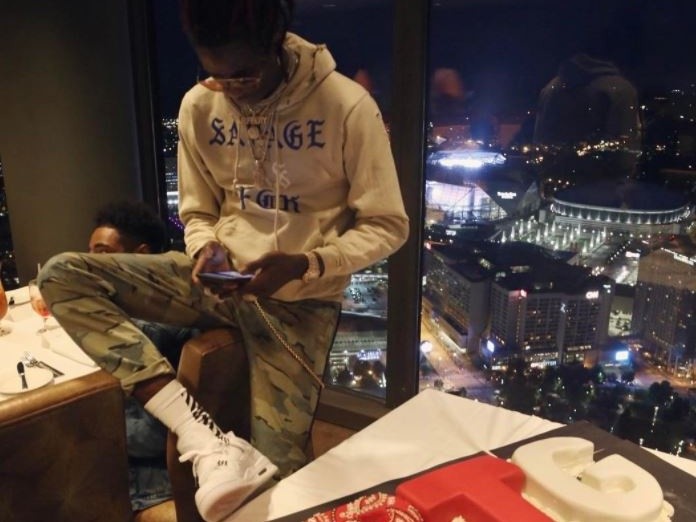 If Twitter was on the fence when Atlanta rhymer Young Thug revealed that he’d be releasing a singing album, it appears that they’ve now swan-dived off of that fence.

Although Twitter is home to some of the harshest critics on the interwebs, most users seemed impressed by Thugger’s latest body of work, Beautiful Thugger Girls.

Following the release of the album, some have dubbed Thug “a creative genius,” while others jokingly declared that the rapper-turned-singer’s vocals are far too complex and beautiful for the likes of Adele or Mariah Carey.

Other Twitter users have used memes to point out the subtle country feel of select tracks on the album.

this how im pullin up to the skate park tmrw after listening to BEAUTIFUL THUGGER GIRLS tonight pic.twitter.com/y8cIjunclr

Me: "Country music is trash"

"Young Thug has country songs on his new album"

When Young Thug said yeehaw for the first time and I realized we were actually doing this pic.twitter.com/Vt4x44PZLQ

Some people are just flat out impressed by Beautiful Thugger Girls.

THE BEAT DROPPED ON THE FIRST SONG ON BEAUTIFUL THUGGER GIRLS AND MY FACE INSTANTLY DID THIS pic.twitter.com/UrFukHkZQ3

the tranquility of young thug vocals. soothing. amazing vibrato, resonance, and belting range is superb. otherworldly. we do not deserve him pic.twitter.com/ELIMyaLozh

Lastly, there are those who just want to know where Young Thug’s legs are.

@youngthug mixtape so good your legs done ran off ?? pic.twitter.com/y4Ii9Naxsx