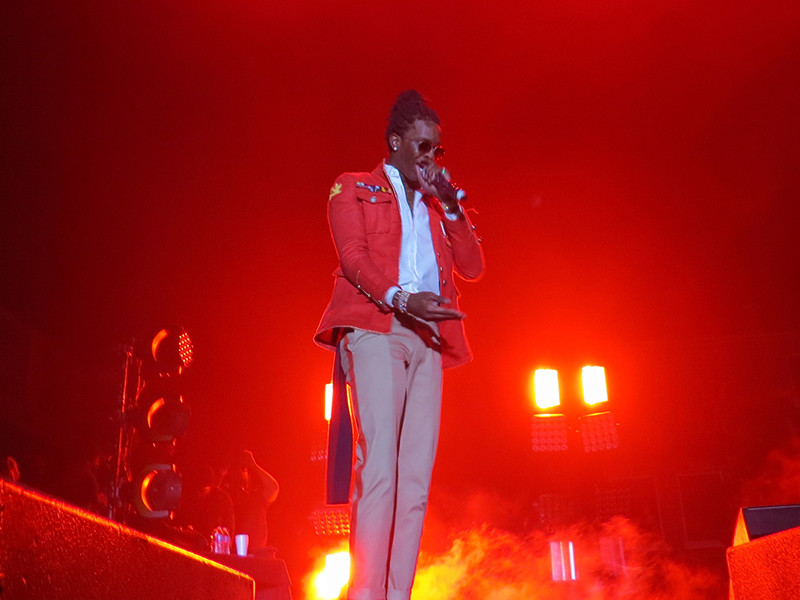 If an audio engineer who has worked with the likes of Drake, 21 Savage, Metro Boomin, Kanye West, Future and Travis Scott has something to say about an upcoming album then it’s probably a good idea to listen.

Alex Tumay, who worked on Kanye West’s The Life Of Pablo as well as several other major releases in the last few years, has given his take on Young Thug’s upcoming album, Easy Breezy Beautiful Thugger Girls (or E.B.B.T.G. for short).

Earlier this week, DX posted a teaser of one of the album’s tracks that sounded an awful lot like the old Thug crossed with Waylon Jennings, and Tumay seems to have confirmed that fans are in for a total rollercoaster when it comes to the styles and genres on E.B.B.T.G.

Writing on Twitter, Tumay said: “This is easily the most unique album I’ve heard in my life. Getting to be a part of it is a blessing.”

This is easily the most unique album I've heard in my life. Getting to be a part of it is a blessing.

I'm convinced @youngthug could make a death metal album and it'd be fire at this point.

Asked if he would consider it a pop album, Tumay went on to say he could hear “at least 7 genres.”

Tumay has worked with Thugger before on Jeffery, as well as all three Slime Season mixtapes, so if you’ve liked Young Thug’s music up until now then that means you think Tumay has been doing a good job.

Sounds like Thug’s next album could be his most ambitious so far. Now where’s that release date?