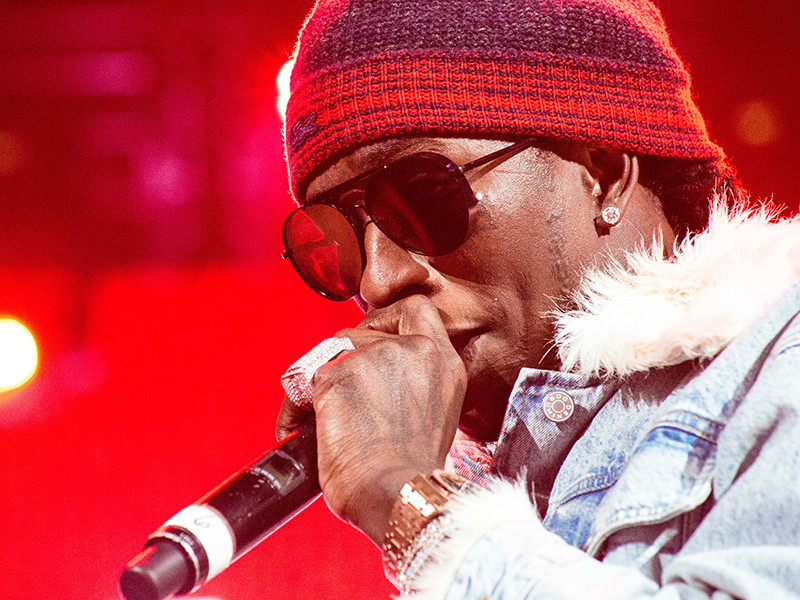 Young Thug got everyone’s attention last month when he announced on Twitter that he’d soon be dropping a “singing album… executive produced by Drake.”

@Drake will be EP'n my singing album.

From that point onward he managed to hold everyone’s attention by continually promising that Easy Breezy Beautiful Thugger Girls would be coming out “this week” — a promise he has now made at least twice, several weeks apart…

The latest update is a clip from the upcoming project and… There’s no other way to say this: it’s country music.

That’s not to say it’s bad, it’s definitely not, but it’s definitely a departure from what we’ve come to expect from Thugger. But hey, the man has always done his own thing, and it looks like E.B.B.T.G will be no exception.

Young Thug posted a teaser of the song to his own Instagram page so you can listen to it below, in all its guitar-strumming, southern-drawling glory.

Of course, it took Twitter precisely no time to pick up on this new direction from Young Thug and unleash a whole world of memes about the rapper’s Glen Campbell turn…

Me: I hate country

Where were you when Young Thug dropped the best country album of all time pic.twitter.com/njrCVKBA5y

Young thug is the best country singer of all time

How is Young Thug's 44 second preview of his first country song better than every artist ever in that genre?