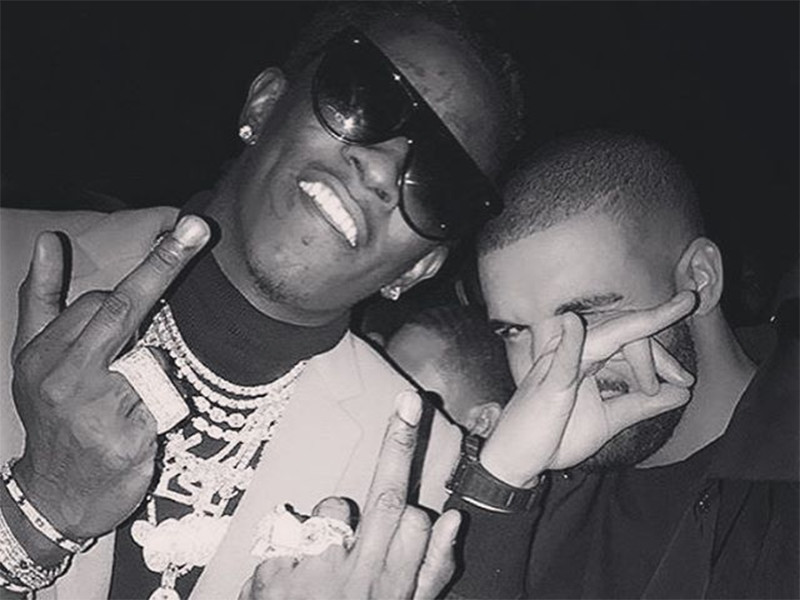 Everything Drake touches turns to gold these days (if not platinum), which is very good news for Young Thug, who took to Twitter Wednesday night (April 26) to reveal that his upcoming album has been executive produced by the Canadian superstar.

Drizzy has apparently given the strongest cosign possible to Thugger’s new album, which could potentially be titled E.B.B.T.G. This stands for Easy Breezy Beautiful Thugger Girls, in case you were curious (and, yes, is a reference to the Covergirl jingle).

It won’t be the first time that Young Thug and Drake have teamed up in 2017, with the ATL rapper featuring on the More Life tracks “Ice Melts” and “Sacrifices.”

As for how the new record is going to sound, Thugger has built up some suspense by referring to it as his “singing album,” which suggests we can probably expect something a little different from E.B.B.T.G.

@Drake will be EP'n my singing album..

As for a specific release date, there isn’t one yet… but there are only four days left this week.