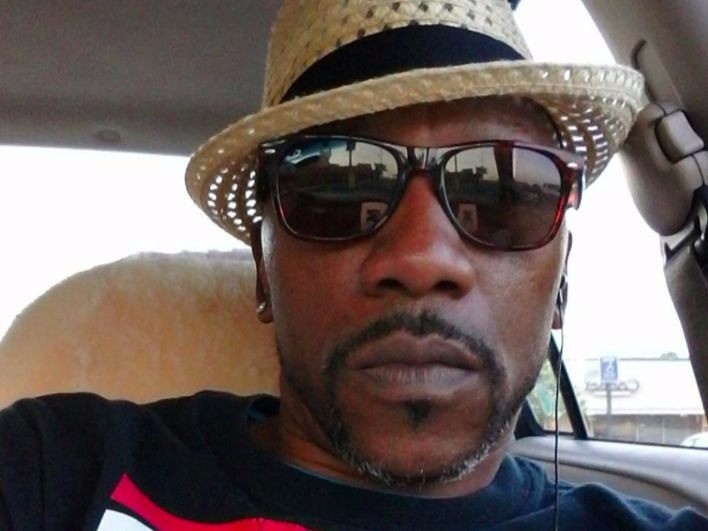 “They killed T.C. Izlam, man,” Rockwell can be heard saying in the video. “They got him. They killed my man.”

T.C. Izlam, who coined the “Hip-Step” subset of Hip Hop, was considered a “little brother” to countless pioneers of the culture, including Kurtis Blow, Grand Mixer DXT, Kool Kyle and Kevie Kev, who all spoke to HipHopDX together on a conference call. While DJ Kool Red Alert was present for the phone call with DX, he was unable to gather his thoughts about T.C.’s passing because he was in shock. DXT gathered a few words to share about his late friend.

“T.C. was and is one of the youngsters that came up among us that was a teacher,” DXT told DX. “He was a well-educated young man and his ambitions to lead and teach were profound. We don’t know what the circumstances are and were, but we know our brother is gonna be missed by the community. He had a wealth of knowledge through his research and studying to share, as far as in the community of uplifting people to move in a more positive direction despite organized and systemic dissemination of destructive behavior in our community.

“He’s one of these people who ‘over-stood’ the ills that affected our community and chose to take the position to be a spokesperson on behalf of the movement that we’re calling Hip Hop,” he continued. “He would try to educate people on the values that we have to maintain in order for us not to lose the cultural aspect of what we’re trying to build. He was trying his best to understand what’s actually happening to us in our desire to express ourselves through the medium we call Hip Hop.”

Alongside Grandwizard Theodore, Kevie Kev was not only drawn to T.C.’s talent on the mic, but also his deep breadth of knowledge.

“He was extremely powerful, especially with our youth,” Kevie Kev said. “He would take the ones doing bad things and educate them mentally to where he’d change young kids lives with wisdom and knowledge. A lot of people look at T.C. as one of the big MCs of his era of Hip Hop. He was nice and he was good, but people often overlooked his massive intellect. He was one of the most intelligent gentlemen I ever met. He could decipher anything for you and be correct. He shared his wisdom with everybody. Grandwizard Theodore and I brought him — not people around him —into the limelight with us because we liked the way he rocked the mic, but also because of how smart he was.”

The aforementioned Hip Hop luminary Kurtis Blow made an album with T.C. called Tricka Technology while working with DJ Krafty Kuts and A. Skillz, and consequently spent nearly two months with him on an extensive European tour. The two became extremely close during that time.

“When we met, I was making an album and we ended up recording one together,” Blow said. “We spent a lot of time together on tour. To see him on stage, he shocked and surprised me as a real legitimate force. He wasn’t just an MC. This guy was really good. He was masterful and incredible. To hear him live, he shocked me with his skills. I will never forget the times we had. We were an incredible duo together on stage. He made me love Hip Hop. I knew there were other people who loved it as much as I did and do. He was one of them. He had a lot of talent and creative energy. He was a real spirit. He had his own sound. That drum and bass thing he was doing [Hip-Step] — he was one of the pioneers of that. My hat goes off to him. He’s a legend in his own right we’ll miss him. Rest in peace.”

Kool Kyle the Starchild is another pioneering Bronx Hip Hop artist known for the 1980 track “Do You Like That Funky Beat” and shared similar sentiments on T.C.

“T.C. was a very wise brother for his time,” Kyle said. “We talked about a lot of personal things besides MCing. We did things together on the mic, but during our personal talks, we shared knowledge of our hood, what was going on in the culture, and what we had to do to support each other. He was very smart about what we had to do to take care of each other. He stood out to me on that level. He was a great MC, but what stood out to me was being able to analyze where we stood as MCs and pioneers. As MCs that did not reach a certain level commercial, he knew what we could do to get recognized.”

While details surrounding his sudden death are not yet available, the way the pioneers of Hip Hop culture came together so quickly to remember T.C. speaks volumes. DXT was in awe that he knew T.C. as a community leader more so than an MC.

“This is the first time I’m really hearing about him as an MC,” DXT said. “I was nurturing him as a community leader. The time I spent with him was solely on being a public speaker and directing energy into our youth. That’s what my relationship was. When he was the national spokesperson for Zulu Nation, I felt I needed to help him to take that position and have it stand on solid ground as a national person instead of regional. I find it very interesting that I’ve known him longer than everyone on the phone right now, but I never engaged him in music. He came up with his own ‘Hip-Step’ genre of Hip Hop and now that’s all around the world. That was his movement.”