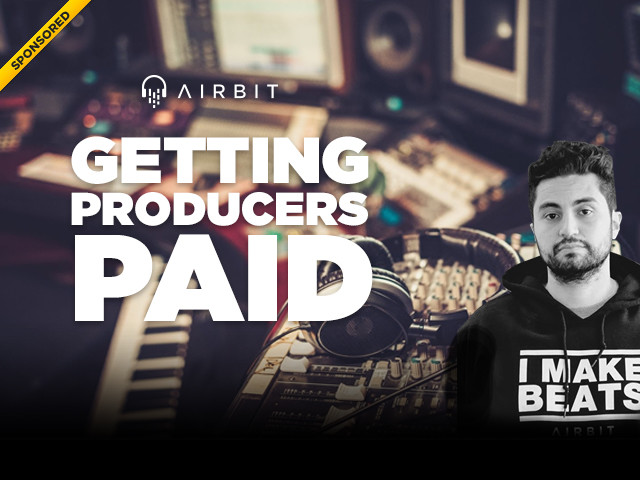 Former producer Wasim Khamlichi made the leap to CEO of his own company after earning his audio engineering diploma at London’s SAE Institute, when he realized becoming a successful music producer would actually be a difficult endeavor. Now, at the helm of Airbit (formerly MyFlashStore) the U.K.-based entrepreneur has developed the world’s first automated beat sales tool to sell beats on his own website.

“I imagined the only way I could possibly have success was to get signed to a label or partner with an artist destined for success,” Khamlichi explains to HipHopDX. “One day I received a message on MySpace attempting to sell me an eBook claiming to teach the secrets of selling beats online … some Illuminati shit. Nevertheless, the attempt worked.

“Selling beats online was in its infancy at that time, yet I took up the challenge and started up my own website,” he continues. “I began to search for artists online to buy them. It was at that moment I was no longer just a producer, but I became an entrepreneur too.”

Soon, he identified the need for technology in the industry and began to develop the service. Airbit took care of the business element of music licensing, allowing producers to focus on making compelling music. Airbit grew at a rapid rate, drawing in producers globally and simplifying the licensing business for both seller and buyer.

“It was an instant hit,” he says. “Artists loved it, so my sales started to go up and in turn, other producers started to take notice. Bearing in mind most producers were selling on Soundclick at the time, their profiles consisted of PayPal Buy Now buttons for artists to make payment, then wait 24 to 48 hours for the producer to send the beats. It wasn’t a great experience for the artist or the producer.”

According to Khamlichi, two of the biggest tracks in the last couple of years — Bryson Tiller’s “Don’t” and Desiigner’s “Panda” — were both bought online, and the beat for “Don’t” was from a producer on Airbit.

“The industry is evolving, as it has many times in the past,” he says. “More and more major artists are looking for beats online, working with producers who sell beats online, or launching careers from beats bought online. I believe this is where the industry is headed and Airbit is at the forefront of it all.”