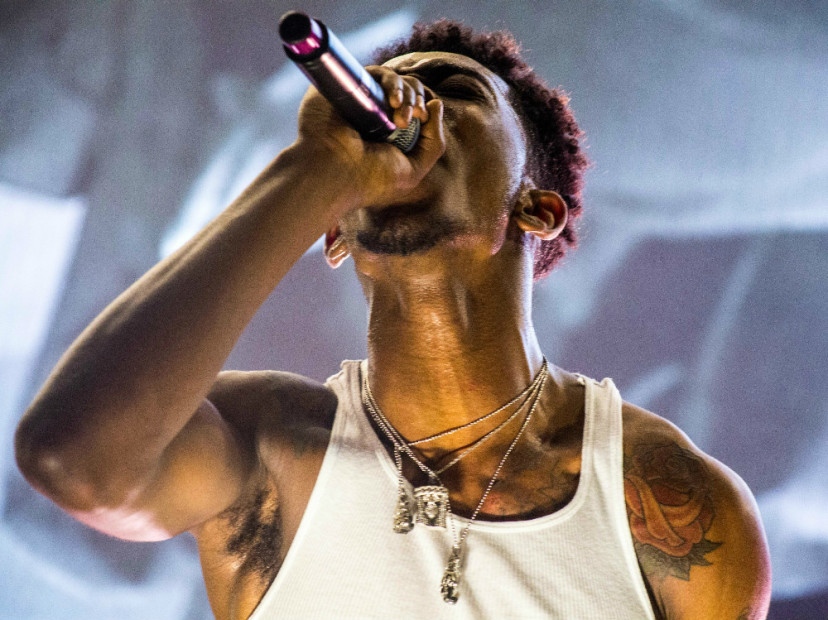 Desiigner‘s “Panda” made him a household name and instant superstar, with the timeless single still enjoying some interest from fans. The G.O.O.D. Music artist’s breakout single has now been certified platinum four times over, and his “Timmy Turner” single was certified gold as well by the RIAA.

It’s been a whirlwind year for Desiigner, who released his huge track just over a year ago. The record picked up steam when label boss Kanye West snatched up the record for the song “Pt. 2” from the Chicago superstar’s seventh album, The Life of Pablo. The track hit No. 1 on the Billboard Hot 100 this past spring, and spawned a series of parodies and remixes during its heights.

Further, the 19-year-old Brooklyn, N.Y. native was nominated for a Grammy Award for “Panda” in the Best Rap Performance category. The nomination was met with criticism from fans who felt that Desiigner aped Future’s vocal style and ended up with a Grammy nod before he did.

Desiigner reposted Def Jam’s tweets to his Instagram page, which can both be viewed below.