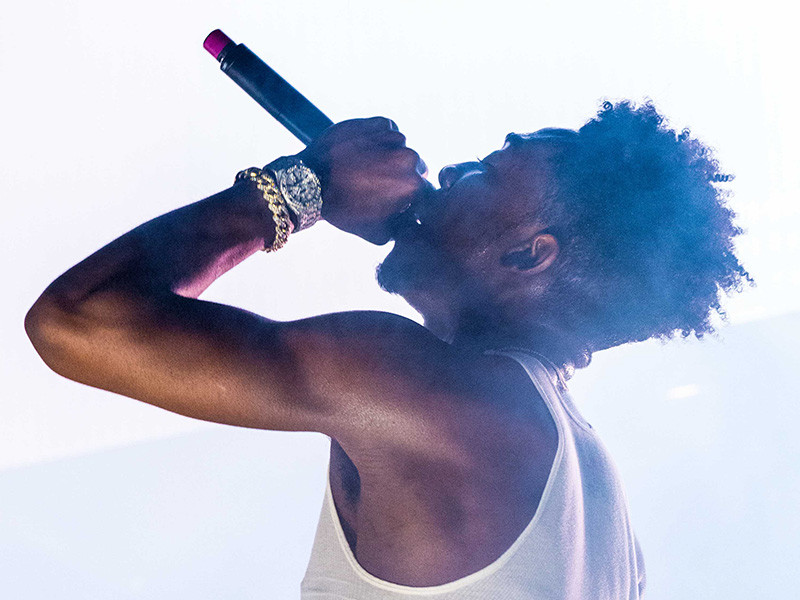 Brooklyn’s own Desiigner now has a Grammy nomination on his resume, as it was announced today (December 6) that he’s a contender in the Best Rap Performance category for his ubiquitous “Panda.”

Given the news, he was so emotional he could barely even muster an adlib.

#desiigner got nominated for a Grammy. This was his reaction

The award even gets name dropped in the song in a lyric that acts as somewhat of a prophecy.

By his own explanation, Desiigner wrote in the Genius annotation to the lyric, “It was thinking about Grammys. I can’t even explain. The man above blessed me. I can see now the Grammy. Everything I’m saying in my song is coming to life.”

When he dabbed onto the scene in late 2015, the Brooklyn MC was seen mostly as a Future clone (and he didn’t really help things by naming a track after Future’s Pluto album or by trolling him with a performance of “I Got The Keys”). But over the course of the year, “Panda” became a bigger hit than anything Future ever released, and the 19-year-old expanded his brand and sound to mostly put the comparisons behind him.

Their names started getting put together again today once the Grammy announcements dropped and people realized that the teenage MC had beaten Future in the race to get a nomination. Many were shocked and took to Twitter to air out their grievances.

Kanye West prophesied the moment when, after last year’s awards, he blasted the Academy for what he viewed as being out of touch with the streets. He said that inviting Future to the ceremony would legitimize the awards in the eyes of Hip Hop.

First order of business. We the people need to see Future at the Grammys.

Has anyone at the Grammys ever heard March Madness??? Yes I have a problem with the Grammys.

Well, this year, Future has some consolation in that Drake’s VIEWS album (on which he featured on the appropriately named song “Grammys“) is up for two awards, including Album Of The Year and Best Rap Album.

Desiigner is facing some tough competition in his own category, though, and will have to beat out Chance The Rapper, Drake, Fat Joe & Remy Ma and ScHoolboy Q to nab the trophy.

But hey, if Juicy J can win an Oscar, then maybe this isn’t so far out of the realm of possibility.

Check out some of the reaction from Twitter below.

Desiigner got a Grammy nomination before Future pic.twitter.com/wJWpVdwTXA

Desiigner got a Grammy nomination before Future

Future: They gon think I won a Grammy.

Me tryna figure out how Desiigner & lil yachty have Grammy nominations pic.twitter.com/eTEWoyM856

I said it before, Future doesn't make music that's Grammy-worthy. Desiigner does, Panda proved that.

desiigner got a grammy nom before future pic.twitter.com/fA9nt5lJRH

Desiigner has more Grammy nominations than Future. We need to burn everything down and start over.

Trying to explain why Future and Migos should get a Grammy nominations before Desiigner pic.twitter.com/CmF52xOIR2

Oh my god, I didn't even realize that. Desiigner really did get nominated for a Grammy before Future pic.twitter.com/shXuFkbGMB

Yo imagine if desiigner wins a Grammy. His acceptance speech will have me in tears.

This was Desiigner's own explanation of the line "the choppa go Oscar for Grammy." How does one decipher this?! pic.twitter.com/3igK1jESYk

Desiigner nominated for a Grammy.. The world doesn't make sense.