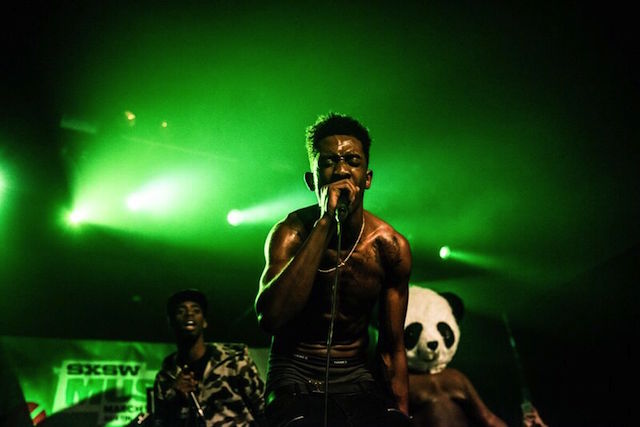 As such, we’re reserving this space for a weekly reaction to Hip Hop’s current events. Or whatever else we deem worthy. And the “we,” in question is DX Managing Editor Trent Clark and Senior Features Writer Ural Garrett. Aside from tackling stray topics, we may invite artists and other personalities in Hip Hop to join the conversation. Without further delay, here’s this week’s “Stray Shots.”

Is Desiigner A Future Copy?

Trent: The vocal similarities by way of genetics between Future and Desiigner are addressed in our exclusive interview at our SXSW showcase with Def Jam and Brisk but the young nonconformist is most certainly keeping an open line of USDA beef just in case anything pops off. And it’s understandable; the conversation of cloning or condoning has carried him this far. And it’s also understandable for Future to keep mum about the entire situation. F. Hendrix has paid his dues tremendously to become arguably the hottest attraction in rap at the moment and who wouldn’t be damned to let some rookie make the All-Star ballot just be transposing the movement? My question is this, however: What could Future possibly do to shut this entire “double i” volcano as it continues to erupt? Is he gonna make a trap diss turn-up record to keep him out of playlists? Obviously ignoring him in hopes for him to fade into oblivion is an answer but Desiigner is two more “Panda’s” away from becoming a mainstay in rap. Carbon copy or not, I’m not sure active fans of this generation care who’s making them sweat via streaming or live show.

Ural: I had an interesting conversation with some of my non industry friends about the changes that’ve happened in Hip Hop over the past decade or so. The only explanation I could give boiled down to two conclusions, technology and economics. Keeping things simple, my last words ended with something that blew their minds. What they failed to understand is that there is a generation of new music listeners who generally believe Lil Wayne to be the greatest rapper of all time or Gucci Mane to be the king of Atlanta. Better yet, there’s the possibility of someone under twenty-years-of-age calling Future or Fetty Wap their favorite rapper to the cringe of those who consider themselves “real rap heads.” Hip Hop on a commercial level is becoming as regionally agnostic as ever thanks to digital distribution.

Considering New York rarely supports its own unless one is a part of the selected few, Desiigner is legitimately the result of Southern rap’s radio dominance. The 19-year-old Bed-Stuy native has probably been fed a heavy diet of hard 808s, simplistic yet catchy hooks, nearly incoherent lyrics and heavy melodic delivery for a nice majority of his life. At this point, it just so happens that Future represents the best of that particular Hip Hop subgenre. Though Desiigner clearly doesn’t want to receive the scarlet letter of being called a bitter, he’s clearly finding himself artistically in the midst of having a single go viral and being signed by G.O.O.D. Music. Being compared overwhelmingly to the Astronaut Kid makes sense now, but could turn into a real liability in the future(no pun intended). Trends in Hip Hop change quickly and Future could eventually go in a creatively different direction. Who knows? However, right now, Kanye made him rap’s new flavor of the week. Let’s just hope people enjoy his palette for the long run.

Trent Clark is the Buckeye-born, Los Angeles-based Managing Editor for HipHopDX. Talk to him on Twitter @ItsMeTC15