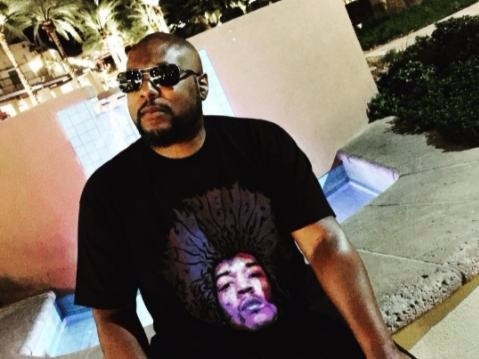 Los Angeles, CA – By now, it’s no secret some artists occasionally use ghost writers — they just do. The prolific Dr. Dre, who is partly responsible for the insurmountable success of N.W.A, Eminem, Snoop Dogg and (of course) his own solo career, has blossomed into one of rap’s most legendary figures. Behind the scenes, the Compton-bred mogul apparently wrote a little more than people maybe realized.

MC Ren of N.W.A fame sat down for an interview with Unique Access Ent. and discussed what went on during the West Coast gangster rap boom. When the subject of Eazy E’s solo single “Eazy-Er Said Than Dunn” was brought up, Ren said, “What’s crazy about that song too, is…Dre had a lot of people write [for him], but Dre wrote that record…all the lyrics on that song.”

Taken from the late legendary rapper’s 1988 solo album, Eazy-Duz-It, the song was credited solely to Eazy.

Ren also mentioned Dre actually was more serious about production back in the day, and explained the difference between Dre as a producer and Dre as an MC.

“With the music, he’s like a beast, man,” he said. “He’s like so serious when he’s doing the music, doing the tracks and all of that. When he writing…he would have other people write for him, and then sometimes he’d just pick up the pen and write. He wouldn’t be as serious as he would doing the tracks. [Making music], he gonna be serious as hell…like he’s sinking into the music. Writing, he’d rarely do that. He rarely would write back in the day. Either I’d write his stuff, [Ice] Cube would write some, or [The D.O.C.] would write some. He rarely picked up the pen and wrote.”