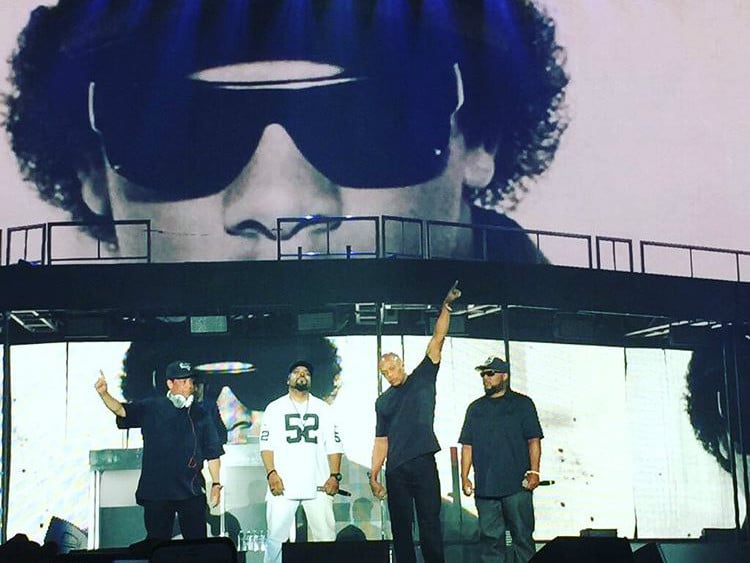 “We missing somebody, if you know what I mean,” Cube says to the crowd after these performances. “Is there a doctor in the motherfucking house?”

Dr. Dre did not perform any N.W.A songs and opted for Tupac’s “California Love” and his own “Still D.R.E.” An image of Eazy-E was projected on the wall, bringing the five members together. The Ruthless Records founder died from complications due to AIDS in 1995.

Kendrick Lamar also came out and performed “Alright” during Ice Cube’s set. The Compton, California rapper inducted N.W.A into the Rock and Roll Hall of Fame earlier this month.