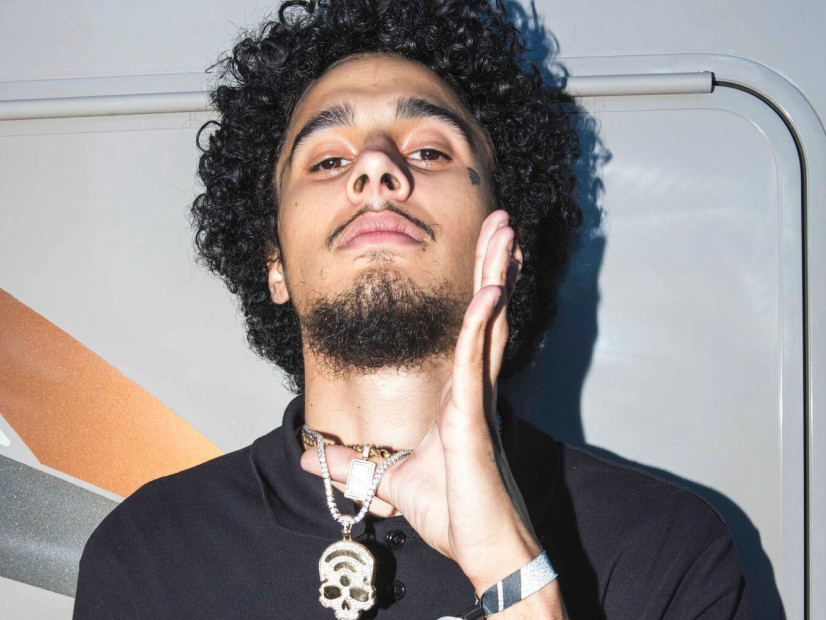 wifisfuneral is part of a budding movement out of South Florida that was on full display at Rolling Loud this year. The 20-year-old rapper lit up the stage and brought out his homie Fat Nick during his Saturday afternoon set that had Denzel Curry dancing in the crowd.

“It’s cool ‘cause you don’t really get it from a lot of people in this industry,” wifisfuneral told HipHopDX at the festival. “So the fact that some of these big people in Florida can come together and work together is great. It’s really good. It’s amazing.”

The West Palm Beach artist is managed by Rolling Loud co-creator Tariq Cherif and his team continues to grow. wifisfuneral shared how his career is kicking off thanks to a deal with Todd Moscowitz’s Interscope-backed Alamo Records, which he signed after a successful run at SXSW.

“It’s motivated me a lot to make way better music,” he explains. “It’s actually like [I] give a fuck now ‘cause I used to do this so effortlessly. So Todd changed my life a lot by signing. That paper changed my life. I appreciate it ‘cause it’s amazing honestly.”

wifisfuneral continues by saying that this doesn’t necessarily mean his creative process will change, just his perspective. He says it’s “encouraging, but it’s nerve-wracking as well” to have this new platform.

“I look at what I do is actually a career now,” he adds. “I didn’t look at it as a career. I just looked at it as like alright, whatever, fuck it, I’m making music. I just wing this whole shit honestly. I wing the whole thing. So the fact that I’m even here I’m like alright, now I’ll start trying.”

After releasing When Hell Falls in January, wifisfuneral is hard at work on a new project called Boy Who Cried Wolf.

“I don’t know exactly what release date I’m gonna get for it, but I aim to release it at least before the end of the year,” he says.