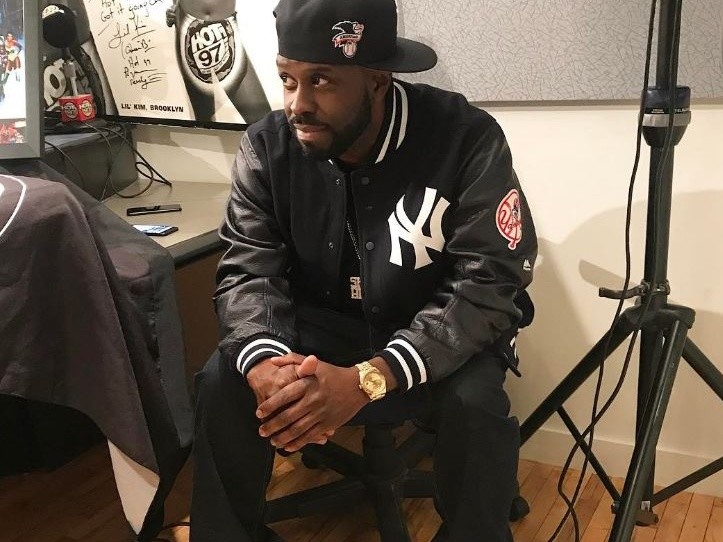 Funkmaster Flex is continuing to catch flak over comments he made about the 1994 Quad Studios shooting involving Tupac Shakur. In another Instagram Live video, Funk Flex has added a layer of clarity to his claim that Tupac accidentally shot himself during the infamous Quad Studios incident.

In the clip that lasts well over 40 minutes, the radio personality offered some insight into why he spoke ill of ‘Pac more than 20 years after his death. At several points in the video, Flex explained that his only issue with the rapper was the fact that he blamed Biggie for the Quad Studios shooting.

“I know people take this as we shouldn’t say anything bad, disrespectful about the dead,” Funkmaster Flex said. “And I’m on that page. Alright. But you know Notorious B.I.G. died also…With ‘Pac his contribution to the game is second to none. From his lyrics, the amount of people he’s inspired. I mean, I loved him before Death Row ‘Pac…This is my pet peeve, is that Biggie, Notorious B.I.G. did not set him up in that studio that night to get robbed. That is my only issue.”

Later in the video, Flex became emotional as he specifically addressed T.I.’s accusations that he violated the G-Code, and then went on to boldly state that if Tupac didn’t lie, Biggie would not have died.

“He was screaming Biggie’s name,” he said. “Tupac lied, bro…And Biggie wouldn’t have fuckin’ died if that nigga hadn’t have lied. He lied. Y’all niggas worship him. Lied. Never ever said nothing about him. [He] fuckin lied. Nobody wants to tell the truth…That ain’t G-Code. He lied and Biggie died. That’s my only issue. That’s it.”

The latest to come forward with their thoughts on Flex’s Instagram Live rant is Suge Jacob Knight, son of Suge Knight, who blasted the radio personality.

Knight offered one of the more harsh critiques, referring to Flex as a “bitchmade ass nigga” and “Puffys bitch” after Flex named his father in a series of tweets that accompanied the original Instagram Live session.

I saw how all of a sudden you want to speak on Suge name you bitchmade ass nigga. Yall this man is in the same position as Cassie, he's Puffys bitch. 20 years later and suge gets locked now you come out and speak on the name? You scary and a coward. All you do is scream on the radio dont try to talk about a CEO who made the westcoast. Everybody from DEATHROW became succesful and I cant say the same for bad boy. WestSide to yo bitch ass dad cause he didnt teach you how men confront each other.