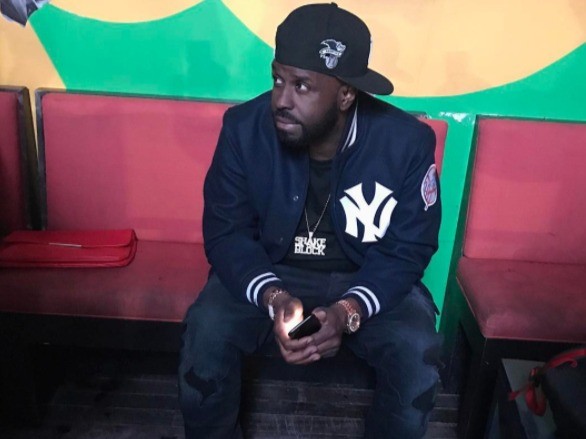 In all of his animated glory, Funkmaster Flex took to Instagram Live to discuss the night of November 30, 1994 when Tupac Shakur was shot in the leg at New York City’s Quad Studios. Flex, who was apparently in the building at the time of the shooting, says the late rapper did it to himself on accident.

“You ‘Pac fans always talking that talk,” Flex said. “Cheddar Bob. Came in there, popped himself in the leg. Popped himself first. That’s what happened.

“He knew who approached him,” he continued. “He had a steel on him, ’cause he knew he had a issue out there, and when get got there, they was just gonna take his jewelry. They didn’t even touch him. He panicked, pulled out the steel, shot himself.”

#OnThisDateInHipHop, @LevelUpHipHop knows why I gotta run that fade with @FunkFlex before, during and after my #Freestyle189 on #Hot97 – @infinitevisionz with the dime.

The Quad Studios shooting has become something of lore in Hip Hop history as Tupac recounted what happened in an interview from Rikers Island and the infamous Jimmy Henchman confessed to his participation in 2012.

Flex has found himself in serious trouble before after proclaiming he “don’t fuck with ‘Pac” and “I don’t suck 2Pac’s dick,” two statements that yielded a diss track aimed at the Hot 97 host courtesy of 2Pac’s old crew, The Outlawz.

Always an ongoing topic of conversation, multiple conspiracy theories have surfaced in the last few weeks speculating on who actually murdered the legendary West Coast luminary in 1996, but for the now, the case remains unsolved.