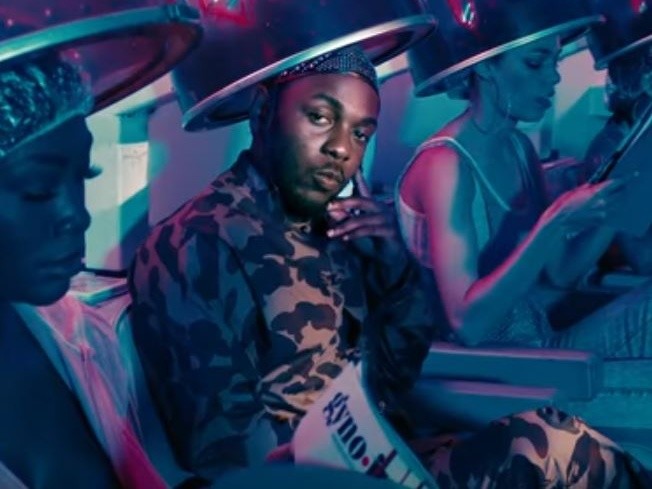 Billboard reports that for the week of May 6, songs on DAMN. have secured the #1 through #9 spots on the On-Demand Streaming Songs chart, making this latest feat from K-Dot the first ever in chart history.

Atlanta rapper Future captured the #10 spot on the On-Demand Streaming Songs chart with “Mask Off.”

The record for the artist with the most top songs on the chart was previously held by Drake. The Canadian crooner/rapper managed to have eight songs in the top 10 on the chart earlier this month with his More Life playlist, and once last year.

J. Cole also accomplished that same feat in December of last year upon the release of his 4 Your Eyez Only album.

Since its release on April 14, DAMN. and other projects from K-Dot have had an impressive run on the charts. In addition to DAMN. serving as the highest-selling debut of 2017, all four studio albums from Kendrick charted on the Billboard 200 following the release of the LP.