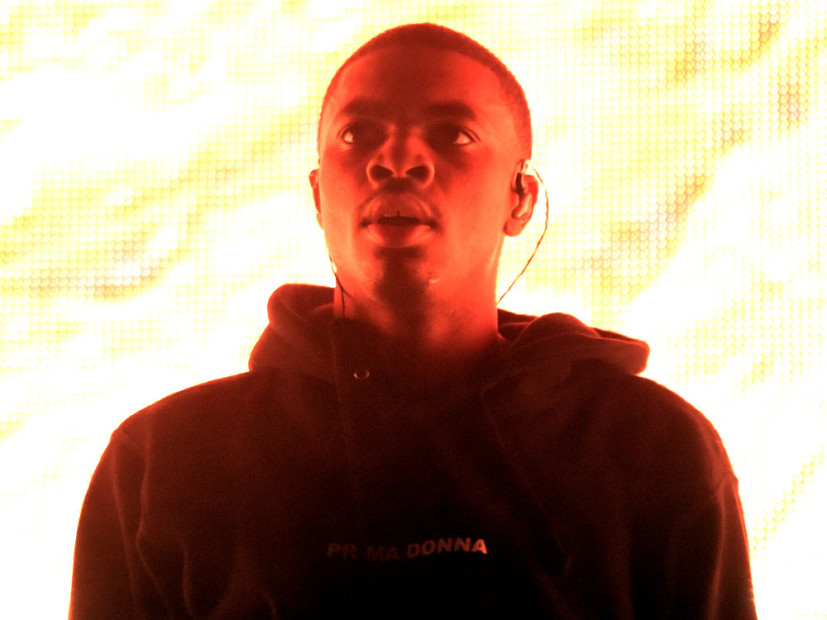 Vince Staples’ next album is called Big Fish Theory, according to a feature in VICE‘s latest issue, as pointed out by Reddit user whskymk.

“As musicians, it’s our job to explain,” Staples said, explaining that the purpose of Big Fish Theory is “trying to explain certain things.”

“The way I understand music is by you having a stance on someone’s music you have a stance on their life,” he explained, “which has nothing to do with you, which is why no one should ever have a stance on musicians. Sit down somewhere, and shut the fuck up.”

The article says that Big Fish Theory, whose lead single is “BagBak,” will continue the legacy that Staples has already built for himself along with sounds from No I.D. and assists from Kilo Kish and Snoh Aalegra.

“I like those [sounds],” Staples continued, “and I don’t like the other ones. I used to make that other kind of stuff, but I never liked it.”

He said that at one point, he was making music he thought he had to make instead of using his own creative process. But now that he’s developed his own artistry, Staples seems to have a formula down.

“We got some songs,” he said. “We got some beats and some words, you know. And then it comes to fruition. You put everything together. It’s like a smoothie. And then you drink it.”

The follow-up to Summertime ’06 was announced last month and will be given out as part of the VIP package for Vince’s Life Aquatic Tour. The label said the album will be released to the public “very soon.” He dropped the Prima Donna EP last year.