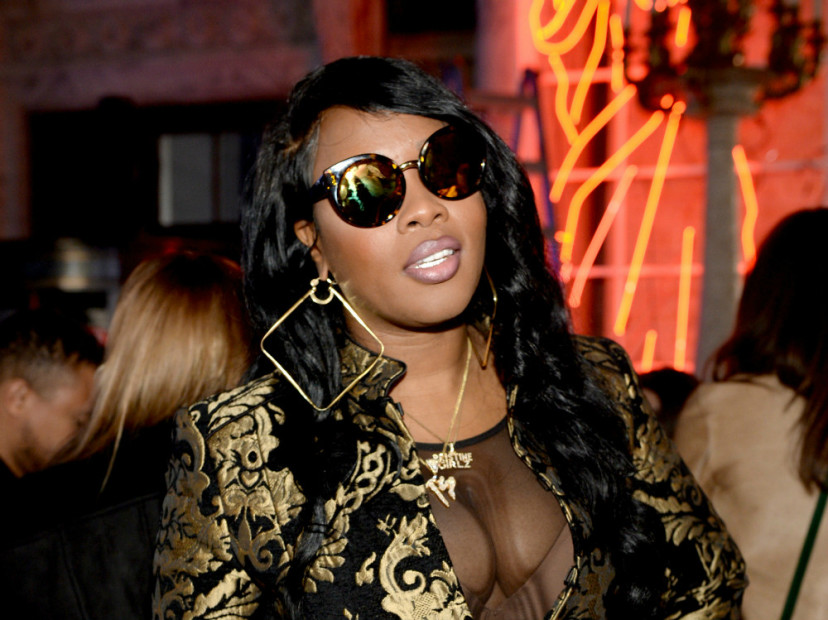 Remy Ma, not content with just dropping diss tracks aimed at Nicki Minaj, has started sharing personal photos of her adversary on Instagram.

In a now-deleted post, Remy shared a photo of Nicki on all fours atop a bed wearing little besides her bra and a g-string. Remy didn’t reveal how she came by the photo, but it was clear that her intention was to embarrass Minaj. The tweet followed Remy dropping “Another One,” her second diss track for Nicki in just over a week.

The photo is evidently from before Nicki became famous, with the rapper looking significantly different. Remy Ma pointed this difference out by captioning the photo #B4TheButtJob.

Before long, it seemed as though Remy had thought better of the whole thing, deleting the Instagram post. For a while later, the accompanying tweet that came with it remained on Remy’s Twitter, but she eventually got rid of that too.

Somehow we don’t think that Remy taking down the photo is going to be enough to quell the bad blood between the two, especially when one bears in mind the lyrics “they was sellin’ footage and you know I bought it,” which seems to suggest that Remy has more physical evidence of Nicki Minaj that might cause her some embarrassment.

So far, Nicki hasn’t responded to Remy’s bait — something that could all change now that Remy has made it more personal than ever.