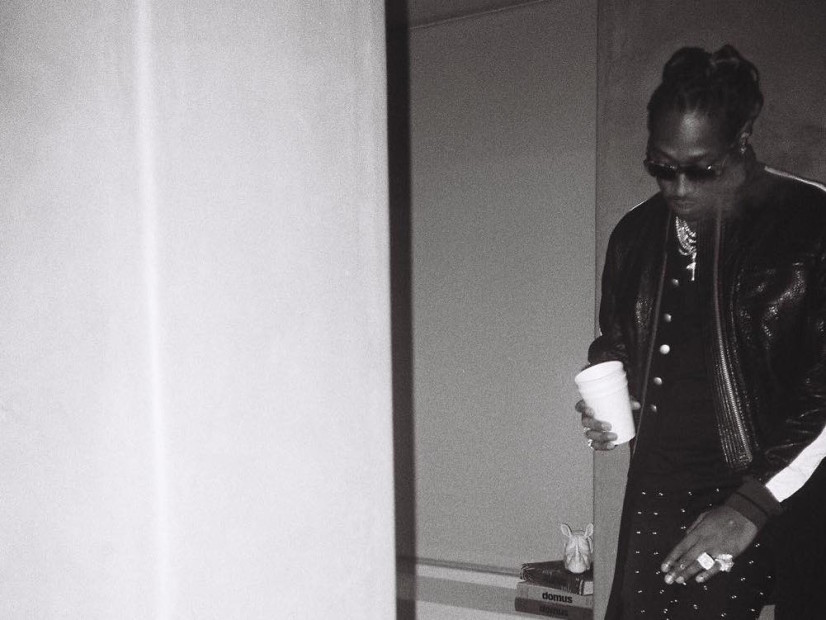 Twitter Gets In Its Feelings Over Future's "HNDRXX" Album

Twitter – It’s not unusual for Future to release two projects within a month at the top of the year however, what makes the Atlanta Super Trapper’s recent releases so special is that instead of it being the usual mixtape and then album combo, he’s given fans two albums in the form of Future and HNDRXX.

Former friend and manager Rocko may or may not have something to do with both projects being released as an album as a result of Rocko Da Don’s ongoing lawsuit, but that didn’t slow down any of the hype for the LPs.

The listeners’ reaction in response to Future has been mostly mixed, while reactions to HNDRXX understandably come coupled with a bit of spirited emotion from the internet. Some fans are dubbing it as Future’s form of Beyonce’s LEMONDAE or Drake’s Take Care because of its heartfelt lyricism.

"HNDRXX is the male version of Lemonade" this is mad funny actually ? pic.twitter.com/va5v2BtR8Y

The FBG General described this album as being what his 2014 release Honest should have been during his interview on Zane Lowe’s Beats 1 Radio show. He also acknowledged that a particular song on HNDRXX may become a source of controversy.

“It might get more attention than I want it to get,” he told Lowe. “It might get the wrong attention, it might get great attention. Who knows? I just know it’s a song I feel good about. This is me not holding anything back.”

The first cut off HNDRXX, “My Collective,” immediately addresses his relationship with lean and his son, saying neither one has to do with the other coinciding with Future’s goals of being as honest as possible with this record. He also goes on to address his relationship with Ciara, lawsuits, betrayal and falling in love throughout the 17-track album.

Check out Twitter’s reaction to Future’s soulful trap album HNDRXX with tears and gifs below.

HNDRXX is a Trap Niggas Lemonade. Every song is hittin my soul. This shit is amazing.

What's ya favorite song off of the #HNDRXX album @1future pic.twitter.com/MMmaO9uTvF

bumpin #HNDRXX bout to send handwritten letters to all my exes with these stamps @1future sent pic.twitter.com/ZDPmWMGElr

When the country is falling apart but HNDRXX bangs pic.twitter.com/HB5vdz5YOH

When Future hit That high note with Rihanna on Selfish #HNDRXX ??? pic.twitter.com/N9Fj2BRese

Future when you mad, HNDRXX when you in your feelings

I'm definitely more HNDRXX than FUTURE. What can I say? I'm a sap.

FUTURE is good for the party

HNDRXX is good for the soul