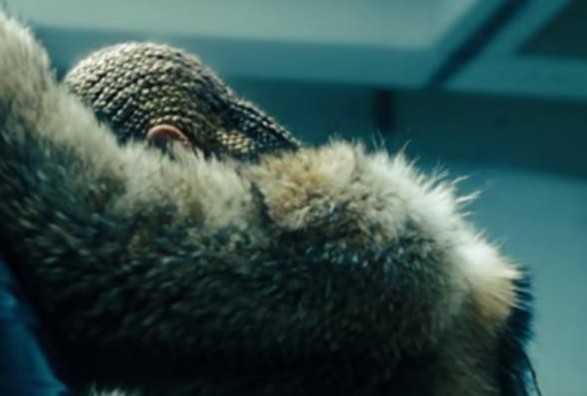 Is Beyonce’s “Lemonade” Kendrick Lamar’s “To Pimp A Butterfly” For Black Women?

The number one question following Beyonce’s 2013 surprise release of her fifth, self-titled solo album was simple: Where does she go from here? Artists ranging from Drake to Chance The Rapper all dropped out-of-the-blue albums without a roll-out. Some even tried the visual album route with videos for every track sans the major label quality. For her sixth feature-length project Lemonade the mother of Blue Ivy Carter took the most daring move of her historic career.

First, came Super Bowl weekend through “Formation.” For the first time, Beyonce took a black militant stance for the first time on record. This was following news stories of Black Lives Matter donations and meetings with mothers of police brutality victims. Months later, she’s premiering an hour long movie using music from Lemonade before dropping the album minutes laters. Musically the most ambitious project of her career, the album tackles black womanhood in a way only Beyonce can while crossing genre lines effortlessly. Of course, many were more concerned with the Jay Z cheating rumors and allusions presented a few times on Lemonade than anything else.

Did Bey Hit Another Artistic Peak With Lemonade?

Ural Garrett [Senior Features Writer]: Lemonade is probably the most open Beyonce has ever been in her career. Most of the time, artists are now are extremely open due to social media or rebellious to the umpteenth degree when it comes to social issues before toning it down later. It seems like Beyonce did the complete opposite of that. She comes from the old pop era where artists played it safe in interviews and didn’t rock the boat about social issues.

Sparkle Pratt [Media Coordinator]: She kept to herself. We didn’t know she was dating Jay Z for a very long time.

Sparkle: I think she’s starting to realize that her opinions matter to people. She can say whatever she wants and it’s going to get across to the people.

Ural: I have female friends who talked mad shit about Beyonce for not having an opinion and now they’ve been converted after Saturday night. Lemonade spoke to them in a way that got them on board.

Sparkle: I think what it was is that she reached out specifically to the black woman. It was the album for black women to stand up for themselves.

Ural: Which for Beyonce in this day and age is radical as fuck.

Sparkle: Because women are meant to be submissive and cater to men. She went from “Cater 2 U” to damn near castration if you do some shit. I don’t really think this album was about Jay Z cheating on her. She would never do something so stupid.

Ural: I think she wisely used the rumors and allegations to fuel a broader conversation about black women and their relationship with black men.

Sparkle: She’s like you already think this is what happened, so why not play on that and spin it?

Ural: And in a mature and truthful way.

Sparkle: I think this is about empowerment which was what “Formation” was about. It was about being empowering in oneself and black culture and not about police brutality.

Ural: Doesn’t mean she shies away from police brutality. Having Sybrina Fulton and Lesley McSpadden was crazy.

Ural: Even with that, she took the notions of how people view Serena and flipped it. Part of that narrative comes from how people call her a man and stuff.

Sparkle: She’s mainly or beastly. This brought a whole new feminine side to her.

Ural: Having Serena in the film was so important is that she and Beyonce have the same issues. They’re the upper echelon living in a white world that loves their talent, but not when it’s better than theirs. Serena is not only the greatest tennis player, but she also twerks.

Sparkle: And she’s from Compton. I like it because she’s seen as this manly person and she’s looking more feminine. Who knew Beyonce and Serena were kicking it? Beyonce sat on a throne while Serena twerked for her. She’s really King Beyonce at this point. Crazy.

Ural: Lemonade really proved why Jay Z called her the world’s greatest living entertainer who also at this point as a Michael Jackson level eye for visuals.

Sparkle: I like Beyonce, but I’m not one of her stans on Twitter like Yaaas, edges snatched. I watched it and I was sitting there quite because it was enticing. I’m watching it like each visual was so different and moving. The spoken word moments.

Ural: Even the usage of Warsan Shire’s poetry was inspired. I have friends who wouldn’t give Beyonce the time of day who are real fans of her Shire’s work. Beyonce cleverly used her poetry into a cohesive movie that was pretty dope. Also, it was pretty cool watching all of the younger black female stars in the video as well. Like Serena Williams, Zendaya, Amandla Stenberg, Chloe and Halle, and Quvenzhané Wallis. These are all young black women who have had to deal with some form of racism in the media at a young age. Quvenzhané got called a “cunt” by The Onion, Amandla Stenberg had the situation with The Hunger Games and Zendaya have had to deal with stuff as well with Giuliana Rancic making those comments about her dreads after The Oscars.

Sparkle: Zendaya also had to deal with magazines try to make her something she’s not. They’re trying to say that she’s too ethnic and she’s half black. And too skinny.

Ural: For so long, Beyonce avoided any real controversy. She probably didn’t want to say anything that would ruffle her white fanbase.

Sparkle: When she started off going as far back as Writings on the Wall with Destiny’s Child, she was rocking cornrows that she’s back in now.

Sparkle: I can see that. Cause Kendrick’s album is from the black male perspective. Her album is what a black woman goes through.

Ural: With Beyonce being a mother, that there’s a possibility that Blue Ivy could get hurt by police regardless of how rich she is.

Sparkle: Even thinking about how young her daughter was ridiculed for her hair. People were talking about her not combing her hair. She’s a baby. I think she’s come to terms with all of this.

Ural: She’s come to terms with this in a very mature way.

Sparkle: I think because she has this voice and a lot of feminists have always attacked her, she wanted to let people know that she had a stance. She just found a way where she could put it out. Some people still don’t get Lemonade because it’ll go way over their heads.

Ural: Even the film had black women of various shades, looks, sizes and all of that. We think of Beyonce as someone who is this bad chick who is perfect, but she took her platform to say that all black women are worth something.

Sparkle: I’ll watch it once more, but I liked it. It was a lot to take in.

Ural: Even with the To Pimp a Butterfly comparisons, it’s one long poem that comes together. It’s a visual treat.

Sparkle: She should take it to Sundance. When I first started watching it, I was like, what is this? When you start to realize what this is, you get sucked in. The imagery was so on-point. Crazy that no one told. No one has any idea that she’s going to do these things. We saw that with Beyonce and that was a visual album as well. This is on a whole different level.

Ural: Even the “Freedom” track with Kendrick really showed how much of a lasting effect To Pimp a Butterfly could have possibly had on Lemonade.

Sparkle: It goes with what you said of being the female version of To Pimp a Butterfly. That song is so powerful and you hear the choirs and stuff in the background.

Ural: Even the title Lemonade and the reference to the sound clip of Jay Z’s grandmother is something my mother said a lot when she was alive. It’s like the standard black women phrase.

Sparkle: It is. That’s why it’s brilliant.

Ural: Everyone had this question of where does she go next? I think the fact that she collaborated with HBO and it was free this weekend proved how smart she is.

Sparkle: I don’t have HBO, but it was free this weekend. Did Beyonce pay for everyone’s HBO? She’s nuts. It’s brilliant!

Ural: It was also the weekend HBO did a Game of Thrones marathon as well. At this point, she may be the world’s greatest entertainer at the moment. She’s at the point in her career, where she’s not safe. That took a lot of balls for someone like Beyonce to put this project out. Not only does the album stand on its own alongside the film, it’s probably the most meaningful album of her career.

Sparkle: It’s her first meaningful album. Everything else was about women in a universal sense. This one touches home for her. She went back to her roots and found herself as a person and a mom.

Ural: Even the Jay Z stuff.

Sparkle: He knew what was going on. It’s not about him.

Ural: Whatever issues Jay Z and Beyonce allegedly have, they’re probably so far removed from it at this point, they can talk about it.

Sparkle: She’s comfortable enough in her marriage to talk. Even if he did cheat and she found out, she talks about it. And she doesn’t speak on anything issue wise.

Ural: Which is crazy because last year she was hanging out with Fulton and along with Hov donated money to Black Lives Matter. Even the homeless shelter she helped build in Houston.

Sparkle: Which I love because she’s not the type to put herself out there. The problem I have with people like Oprah is that she has cameras everywhere. Beyonce and Jay do things, but they don’t have to put it out there. With that power that Beyonce and Jay Z have, people need to start seeing that because people put them on such a high pedestal.