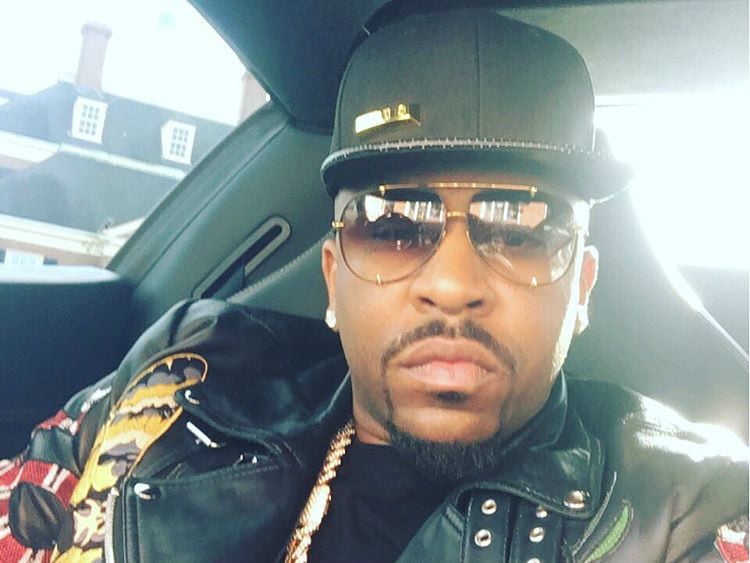 Future Fires Back At Rocko's Statement Regarding Ongoing Lawsuit

Future apparently won’t sit down to work out his differences with Rocko, but he’s all here for the IG debate. The Atlanta rapper commented under Rocko’s Instagram post explaining their ongoing lawsuit to call out the A1 exec.

According to The Shade Room, Future called Rocko a “con artist” and says that the man he once considered a brother will get what’s coming to him, and we don’t think he means money.

Roko first sued Future in June of last year for $10 million. Future countersued, claiming Rocko was the one who owed him money.

Future poked fun at Rocko during a Twitter Q&A on Tuesday amid their ongoing legal battle. Over the weekend, rumors circulated that the two had settled their lawsuit and Future was going to give Rocko all of the royalties from his next two albums, which would presumably be FUTURE and the upcoming HNDRXX. Those reports proved false and the two Atlanta rappers are still battling it out in court.

Rocko took to Instagram Wednesday (February 22) to clear the air about the lawsuit, which he first filed in June seeking $10 million, claiming Future breached the contract he signed in 2011 with A1 Recordings. Rocko says that he and Future could have talked things out, but the Dirty Sprite 2 rapper said to “let the lawyers handle it.” He says he only wants his fair share and still has nothing but respect for Future, even encouraging his fans to pre-order HNDRXX.

TRUTH BE TOLD I'VE ALWAYS BELIEVED IN LIL BRO THAT'S WHY I SIGNED HIM.. WHEN I POST HIS STUFF ON MY PAGE IT'S OUT OF GENUINE SUPPORT! NO FUNNY SHIT I DON'T EVEN ROCK LIKE THAT.. FUTURE & I COULD'VE SAT DOWN LIKE MEN AND SETTLED THIS EASILY AGES AGO. NOT SURE WHAT HIS REASONS WERE BUT I RESPECT IT.. ONLY REASON IT'S EVEN A LAWSUIT IN PLACE IS BECAUSE HE SAID LET THE LAWYERS HANDLE IT.. I'M NOT OUT HERE TRYING TO TAKE ADVANTAGE OF ANYONE. ALL I WANT IS MY PERCENTAGE WE AGREED UPON., NOTHING MORE NOTHING LESS! I UNDERSTAND HE FEELS A WAY HELL I WOULD TOO IF I WAS SUED.. I'M NOT MAD AT HIM FOR BEING MAD AT ME.. IF IT'S EVER A TIME WHEN HE WANTS TO SIT DOWN LIKE A MAN I'M WIT IT! BUT ON SUM REAL SHIT HOMIE WORKS HARD & IS VERY TALENTED AND DESERVES ALL OF HIS SUCCESS! I WILL ALWAYS SUPPORT MY BOY REGARDLESS! PRE-ORDER HIS ALBUM! — DA DON

Future countersued Rocko a few months after the original lawsuit was filed, saying that the exec was the one who owes him money for recording costs and advances.

The two were reportedly working on a joint album back in 2013 and have collaborated on multiple singles, including ““U.O.E.N.O.”