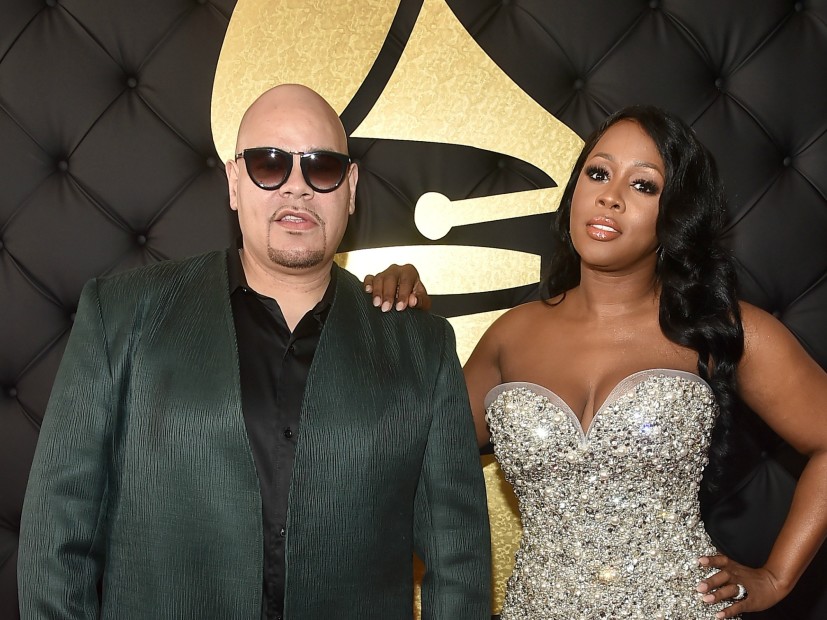 Just like for HipHopDX’s Most Lit Rap Songs of 2016, Fat Joe and Remy Ma’s “All the Way Up” lost a narrow battle to Chance The Rapper’s “No Problem” at the 59th Grammy Awards.

After getting all dressed up and walking away empty handed, Crack took to his Instagram to congratulate his competition with a post that some fans interpreted as a backhanded compliment, possibly implying payola or selling out.

“I hear you gotta sell it to snatch the Grammy! Whats the Chance of that lol congrats to the winners!” he wrote, with a capital C. “Theres always next year ?? Plata O Plomo season. This Friday!!! #plataoplomo”.

I hear you gotta sell it to snatch the Grammy! Whats the Chance of that lol congrats to the winners! Theres always next year ?? Plata O Plomo season. This Friday!!! #plataoplomo

He clarified what exactly he meant this morning (February 15) on The Breakfast Club.

“Nah, we fans … we congratulated him and everything,” Joey stated. “[But] what I can say, is I’m a fan of Chance The Rapper … I feel Chance The Rapper could have won Verse of the Year on any category with the Pablo “Ultralight Beam” — that verse was from GOD!” [Editor’s Note: #FACTS]

“But he won an award — the New Artist that ain’t been a rapper win that shit in 18 years since Lauryn Hill. And when Lauryn Hill won that, she won that after selling 30 million FUGEE records! And then went on her solo classic album! Like Chance The Rapper, I know him from the rhyme of a lifetime and then that one single,” before Charlamagne Tha God pointed out that Coloring Book was actually his third mixtape. He also denied his Instagram post was a diss in any sense.

“I had to make fun about it. Because we lost! What we supposed to act like … the elephant in the [room] … we didn’t lose? We lost! So you gotta man up. You gotta just come out and say we can’t control that. Or you gotta make fun about it. Make it a little metaphor … I didn’t throw no subliminals to Chance. I’m actually a fan of Chance The Rapper!”

Remy Ma also felt Drake’s “Hotline Bling” wasn’t a rap song and pointed out how the Grammys were promoting Chance on their billboards ahead of the broadcast before DJ Envy played devil’s advocate, citing the Chicago rap superstar was a performer for the show.

She also pointed out that she feels Desiigner’s display of mumble rap on “Panda” should have taken home the Best Rap Performance Grammy.

While the blitz of press heightens the awareness of his long-awaited duet album with Remy Ma, his Instagram followers were keen to point out let him know the post was still drenched in sodium.