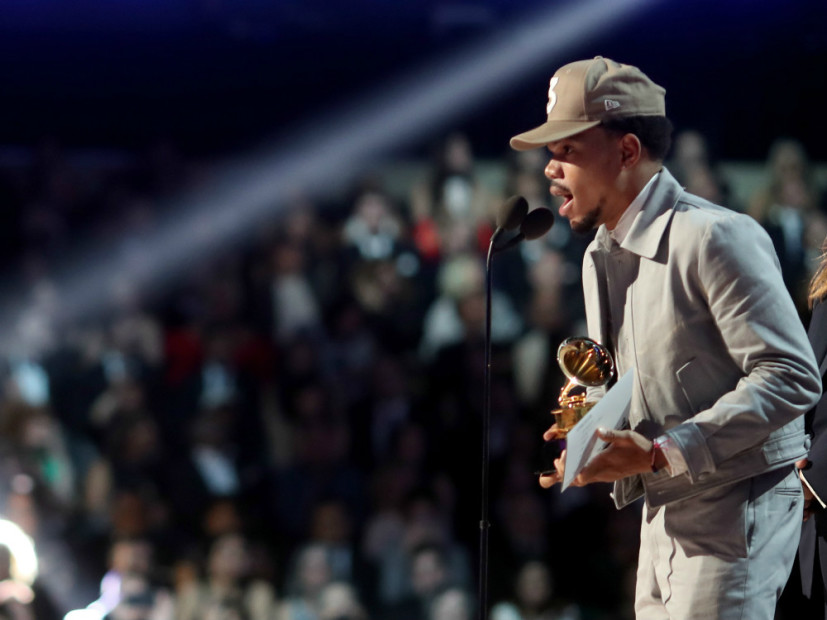 The 2017 Grammys were one to remember. The Academy made some choices that showed it’s trying to remain relevant to its Hip Hop audience, while some other aspects still have people scratching their heads. The performances were powerful and breathtaking and the red carpet had its head-turning moments as well.

Chance The Rapper, Beyoncé and Drake all made headlines and here are some statistics behind everything that was the 59th Annual Grammy Awards.

206 – The percent increase Chance The Rapper saw for overall Spotify streams in the United States after the ceremony.

461 – The percent increase on Spotify for Chance The Rapper’s song “How Great” after he performed the track, as well as “All We Got” at the ceremony.

4 -The number of times Q-Tip yelled “Resist” at the end of A Tribe Called Quest’s performance that featured Anderson .Paak, Busta Rhymes and Consequence. During the politically charged rendition of “We The People,” Busta trolled President Donald Trump, saying “I wanna thank President Agent Orange for his unsuccessful attempt at the Muslim ban.”

441 – The percent increase that A Tribe Called Quest’s “We The People” received in Spotify streams after the show. The group missed out on nominations this year because its album, We got it from Here… Thank You 4 Your service, dropped in November, after the deadline.

30~45 – The degree angle that Beyoncé’s chair tilted back to during her performance of LEMONADE cuts “Sandcastles” and “Love Drought” that sent the internet ablaze.

2 – The number of babies inside Beyoncé’s belly as she gave her riveting performance.

4,000 – The number of albums that Beyoncé’s LEMONADE album sold on Sunday as the LP was nominated for Album of the Year. It lost the major award to Adele’s 25, but Queen Bey still took home the trophies for Best Urban Contemporary Album and Best Music Video.

0 – The fucks given by Rihanna during the show as she sipped from a bedazzled flask. She was nominated for a slew of awards, including Record of the Year with “Work” featuring Drake and Best Urban Contemporary Album with Anti, but walked away without any trophies.

5,290 – The number of miles that separated “Panda” producer Menace from the Grammys as he was stuck in his hometown of Manchester, England without a visa to attend the ceremony in Los Angeles with Desiigner.

3 – The number of rappers on Flume’s Skin album that won Best Dance/Electronic Album. Vic Mensa, Raekwon and Vince Staples all assisted the Australian producer in the project and “Smoke and Retribution” gave the Long Beach rapper his first plaque, a Gold certification from the ARIA.

2 – The number of little girls that wore a pink Gucci suit to the affair. Jay Z rolled up with Blue Ivy Carter paying homage to Prince while ScHoolboy Q showed up to the red carpet with his daughter, Joy, wearing the suit, while he matched in a pink hoodie that said “Girl Power.”

ScHoolboy Q and Jay Z both got their daughters dressed like Prince #GRAMMYs pic.twitter.com/2WRrMkqjQ5

$35,000 – The price tag for Lil Yachty’s rainbow-colored grills, delivered hours before the Atlanta rapper took the red carpet by Icebox Diamonds and Watches.

26.05 – The millions of viewers that tuned in to watch the 59th Annual Grammy Awards.